I have been trying to come back to this blog for a while, but circumstances kept derailing my better intentions. I actually thought that I would return next Tuesday just in time for a snarky Valentine's Day piece...but again, circumstances intervened.

There is no way for me to properly eulogize Whitney because there is nothing to say that has not already been said about her enormous talent, storybook career, troubled personal life, Icarus-like fall from grace, or her ill-fated attempt at a comeback.  There is nothing left to add or spin differently to make her life story any more or less tragic than what it was.

But I can tell you how my shock, sadness and utter disbelief have now metamorphasized into the firm recognition that God never makes mistakes.  Whitney's voice was once His gift to us; now He has seen fit to give it back to her.  Hallelujah!!!

In the age before music videos, little girls used to sing to themselves in front of bedroom and bathroom mirrors into hairbrushes.  We sang along to the likes of Diana Ross, Patti LaBelle, Aretha Franklin, Teena Marie and Karen Carpenter.  We sang about love to adoring audiences of younger siblings, dolls and stuffed animals or even to imaginary boyfriends.  For my mirror performances, I borrowed my mother's lipstick and jewelry to really look the part.  And I thought I was something until I heard and saw Whitney Houston. 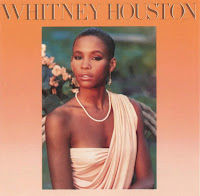 Whitney was poised and beautiful and could sang (like the old folks in church would say).  She was the original American Idol.  She had the X factor.  She was The Voice.

And in spite of everything else--the awkward dancing, the stiff acting, Bobby Brown, and many other questionable lifestyle choices, there was that phenomenal voice.  Until of course, it began to fade...

The last Whitney Houston CD I ever bought was her greatest hits album released several years ago.  I played it constantly to relive some of those hairbrush/mirror memories, but also to marvel at the purity of her voice.  And though it happens to every great singer eventually, there is a point when it became obvious that her voice had changed.  Unfortunately, it was not in a good way, and I finally put the CD away because it was just too depressing to listen anymore.

And in that sense, Whitney's demise is practically biblical--the story of Samson comes to mind.  Blessed with enormous strength, Samson squanders it by giving in to the temptations of Delilah.  After suffering humiliation at the hands of his enemies, Samson gradually regains his strength and uses it in a final triumphant act of desperation that results in both his death and that of his tormentors.  Whitney squandered her magnificent blessing by giving in to the temptations of excess.  She suffered the loss of her career and was ridiculed mercilessly while trying in vain to regain her footing.  But in death, her past mistakes are consigned to the grave.

And her voice is restored!  The most circulated clips from Whitney's past performances were interchangeably the most triumphant from her career: the Star Spangled Banner, the Greatest Love of All, I Will Always Love You, and One Moment in Time.  For those who are too young to understand the grief expressed by millions of now grown hairbrush/mirror singers, the only Whitney Houston they will ever know is the one with the incomparable voice.  And that is how it should be.

Rest in Peace Whitney.
Posted by Ayanna Damali at 3:50 PM