Recently two friends, both Spelman alumnae, posted the same article to the Book of Faces about the experience of being a Black girl in a private school. While reading it, I was transported back in time to nearly 30 years ago when some of the incidents recounted in this article could have been mine. Days later, I am still trying to process the impact of those memories.

Let me offer some background: I attended an all-girls' Catholic school in the 80s. My alma mater, founded in the 60s, was located just outside of the city. I had cousins who attended the school years ahead of me, including one cousin who was still there when I arrived in 1986. The school closed in 1992, after a rather controversial period of time when several other historic single-sex Catholic schools inside the city closed and merged.

Like many Catholic schools that operated in this area at that time, my school was integrated, meaning there were no racial restrictions on attendance. There was a display case of senior class photos near the main office which I recall looking through and noticing a gradual increase of brown faces. By the time I enrolled, I would guess that the ratio was about 65/35. By the time I graduated, that was still the ratio but the demographics had flipped. The explanation that had been given for the school's closure less than two years after we had been assured that our future was intact was the decline in enrollment of Catholics.

Of course, none of that addresses the issues that were raised by that article, but at least that offers some context for some of what I perceived during my high school tenure. It brought to mind this piece I wrote several years ago after reading about an incident at a Texas high school (which apparently took place in the same time frame as the experiences shared in the Madame Noire piece).

I hated high school, and despite the fact that was a lifetime ago and we're all Facebook friends now, I am sometimes angered by those memories. I do not hold my peers accountable for the various micro-aggressions I endured, and I am pretty sure that if any of them read this piece they might interpret things differently. But my blog, my truth.

I was accused by a science teacher of cheating on an assignment with no real evidence and for no reason that I can recall. I was told several times that I could not keep up with my peers in the Honors English class. I was accused by the school principal of damaging my school uniform so that my mother could scam a refund from the company. All of that happened during my first semester in the 9th grade.

Eventually, I found a way to fit in better as my awkwardness subsided and my grades improved. There were still incidents, though, like the time a nun complained on the school intercom about us applauding in church because white Catholics didn't do that. Or the time that our Black History program got rescheduled to the evening because of too many snow days. Or the time that we were warned not to be seen attending services at the rogue Black Catholic church (led by an ex-communicated renegade priest whose new church now happens to be in the building behind our old school).

Given that I am reflecting on an era in the mid to late 80s when there was rapid change in every direction, it might be easy to overlook the impact of demographic shifts in the county where my school was located. Until the late 70s, the county had been predominately white, and without making any inferences about why that might have been, the county had also been under-developed and more rural. But as more Black federal workers and military retirees settled into newly constructed suburban tract communities, the school became an attractive prospect for their daughters too. And from what I remember, the school eagerly recruited students from my inner city Catholic middle school, so there was no reason to believe that I would be entering a hostile environment.

In hindsight, it was never overtly hostile. I just believe that no one was adequately prepared for what would happen when suddenly, there was this influx of non-Catholics (mostly Black) in an environment that had been built around a 50s happy homemaker ethos. Our presence forced too much change on a school whose alumnae were expected to become good Catholic wives and mothers. It didn't help that the 80s brought rapidly changing gender norms and expectations as well. I arrived in 1986 with dreams of going to law school...can you imagine how ridiculous that must have seemed to a bunch of old-school nuns?

When I started writing this piece, I did not expect that I would come to any revised conclusions about my high school experiences, but it seems that I have. The article that prompted this reflection recounts the fate of two young friends, one who unfortunately self-destructed; thankfully, none of my peers suffered that same fate. For the most part, we've all done very well so maybe I should blame those nuns for some of our successes.

Because I definitely had a chip on my shoulder that propelled me to defy what I felt were their low expectations. I was never disrespectful and I never caused any trouble, but I stood my ground and stayed in those Honors classes. By the grace of God I went to Spelman--a school that I had been told was out of my reach. When I graduated from law school, it felt like the ultimate repudiation. I not only survived private school, I thrived.

Indeed, not all Black girls survive private school, and a lot of the reactions I have seen to that piece confirm that so many of us can relate. It is also true that there are spaces in this world that are difficult to navigate regardless of race, gender, sexual orientation, religion, physical attributes, ability, socioeconomic status, and I could keep going until I tick your box. Adolescence was brutal for practically everyone I know, but what helped us to survive was the hope that things would improve.

If you are a parent, aunt/uncle, older sibling, teacher, mentor, or neighbor to a young Black girl the message you need to share with her is that this too shall pass. It might be rough going right now, but stay the course. Do your best. Be yourself. Dream big and shoot for the moon. If you're lucky, one day you will look back on this time and smile. 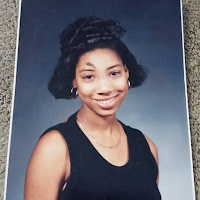