Recently on the Book of Faces, a couple of friends challenged others to post their non-political unpopular opinions, with the posts ranging from the mundane to the outright absurd. For a self-described unrepentant Scrooge such as myself, the timing of this trend so close to Christmas gives me an excuse to list all of the humbug I endure between Thanksgiving and the New Year. So here is my official non-political list of things I hate about Christmas:

1. The obligatory Christmas album recorded by the pop tart of the moment, which always includes some sappy secular ballad (Snow in California) and a remake of a beloved classic (Santa Baby). 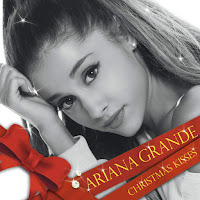 2. Radio stations that play continuous Christmas music that literally starts the moment when the last piece of Halloween candy has been distributed, and abruptly ends just as the lines start forming at the mall for gift exchanges and returns. And why come they play all genres of Christmas music except for gospel?

4. People who complain about spelling Christmas as Xmas or being wished a "Happy Holiday".

5. Christmas decorations that go on display in August, but never go on sale until December 26.

6. Crappy holiday cards, like the kind that one finds at the Dollar Store with animals dressed in tartan sweaters while frolicking with cardinals and snow families. Equally bad are those of you who email PDFs of your holiday greetings.

7. Hallmark/Lifetime holiday movies. I hated these movies before I read this article (because yeah, duh), but also because they suck. Worse, Hallmark preempted the Golden Girls in order to keep this crap in constant rotation, which is just blasphemous! 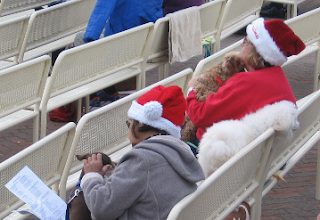 9. Those inflatable decorations that people put in their yard. I swear they must be sold as 'buy one, get five free' because no one ever has just one on display. And isn't it just a little creepy that an eight-foot tall Mickey Mouse Santa is standing next to the Baby Jesus alongside inflatable Wise Men and Frosty the Snowman?

This is my humbug list, but as any good Scrooge who finds religion after the visitations, check out my list of what I like about Christmas in Part Two.
Posted by Ayanna Damali at 6:38 PM