If You Really Want to Protest...

As a woman raised on protest, I was amused by the proposed silent protest some actresses might wage at the upcoming Golden Globes. Like really, whose bright idea was it to suggest that everyone wear black? I got more of a chuckle when I read actress Rose McGowan's response until I realized that she probably wasn't nominated for any Golden Globes, so she doesn't have a designer dog in this fight anyway. Not that it matters because I don't even have a mutt in that fight. 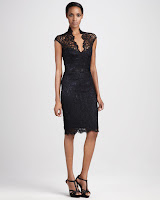 But I am going to offer up some free advice to any Hollywood actress who wants to engage in some kind of symbolic gesture at the Golden Globe Awards ceremony on January 7:
Okay, see how easy that is?

Now, I realize skipping the ceremony is the most radical choice to make. For some of you, this might be the biggest moment of your careers so not attending probably isn't an option. Thus, I have better advice for those who need to go but still want to raise a fancy manicured fist against the ills that plague our society (and not just Hollywood).

Go on and wear black, just not some high fashion couture little black dress. Wear a Black Lives Matter tee with your knitted pink pussy hat and a pair of jeans that were made here in the USA. In your acceptance speeches, please remind folk to register and vote in the 2018 midterm elections. And instead of eating that expensive meal during the ceremony that was probably prepared and served to you by underpaid immigrant labor with families who live with the threat of deportation by the current Administration's goon squad aka ICE agents, donate that food to a battered women's shelter. Instead of going to one of the fancy after-parties to booze it up, channel that money towards paying the bail for parents who have been incarcerated for petty offenses but weren't able to get out of jail because the fines are too high.

See, those are just a few of the alternative ways that you can protest that will actually make a difference in the lives of some of the most vulnerable in our society. There are genuine sacrifices you can make that can demonstrate how this moment of reckoning over sexism isn't just a public confessional.

Obviously, your industry isn't the cause of our society's ills. But Hollywood prides itself on being the vanguard of change. It prides itself on representing how art can heal and educate to close divisions in our culture. So this is your grand moment. Give those Hollywood Foreign Press folks something to write about other than fashion hits and misses. Give them real drama to report, and not a glorified Twitter beef among actresses about who knew what, when they knew, and why they waited to come forward.

That isn't to marginalize the scandal, but protest isn't about spitting in the eye of dethroned despots. You don't need to wear designer black dresses to mourn the demise of Harvey Weinstein, Dustin Hoffman, Kevin Spacey, Brett Ratner, Russell Simmons or any other powerful man who has been outed for his wanton predatory behavior. Save your fancy black cocktail frocks and your Swarovski encrusted safety pins for a benefit to raise money for the people of Puerto Rico still living with NO ELECTRICITY. Or auction it off as a fundraiser for any one of the thousands of political neophytes who are stepping up to answer the call to public service.

Protest is about speaking truth to power. So if you really want to take a stand at the Golden Globes or at any other awards show that congratulates your industry for all of its do-goodness, then speak out against the lack of diversity among the nominees for these awards. Ask yourselves why very little ever changes in terms of representation of and opportunities for people of color at all levels of the industry. Your personal assistant, your nanny, your driver, your security detail, your makeup artist, your personal trainer, and all of the other support staff that help to facilitate your fabulous life might all be people of color, but what do you know about their lives? Did those people all come to Hollywood to serve you...or did they have other dreams?
Posted by Ayanna Damali at 3:45 PM