The "Thought" That Counts

My little Christmas tree got decorated on December 23rd. I had hoped to have it decorated by the 15th of the month, but I spent most of December sick with one ailment or another--and I'm still not 100%. I still have Christmas cards to mail. Yet, in these last hours of December 31st, I have decided that I have no more fucks to give in 2017. And it doesn't look like there will be anymore to be harvested, at least not until mid 2018: 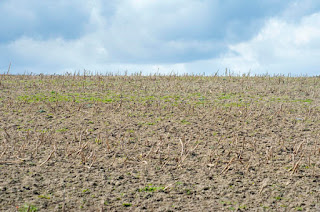 I should have put this picture in our Christmas newsletter...the one that I wrote, edited, and printed on December 23rd and then sat up until the wee hours of December 24th preparing to be mailed on December 26th. I did that along with all of the laundry (folded and put away). And the shopping for most of the gifts, all of which I wrapped. And the driving that made it possible for us to arrive only five hours late for Christmas Eve instead of seven.

Earlier this month I had been working on a piece about Santa Claus and how to introduce the concept to the Toddlersaurus in an era of woke parenting, but it hasn't come together yet. Now that it is a few hours before midnight on New Year's Eve, I really don't need to revisit the subject again until November of 2018. And it doesn't matter what she believes about that elaborate photo prop from the mall because in time she will know the truth--it is ALL me.

I'm the one who bought that little tree on clearance several years ago to much ridicule, but we've used it for the last seven years. I'm the one who gave a six-foot tree to the parents so that no one else would have to go out to buy a real one at the last minute. (And I would have finished decorating it, but folks got tired. And it sat there in the middle of the living room with no ornaments for days, even though I brought all of the ornaments up from the basement. And several gifts that I purchased and wrapped, still unopened and unclaimed.)

Yes, dear daughter, it is all me. I am the reason why you will have holiday memories and traditions. I am the reason why you will learn the value of giving thoughtful and meaningful gifts instead of a handful of gift cards all bought at the same store. When you are old enough to drink coquito, it will be my recipe that you inherit. I suspect the same held true for my mother and grandmothers, and also for your aunts. Men don't care about rituals unless they involve drinking or watching a game.

According to my unscientific studies on the Christmas traditions followed by other families, it appears that I am not the only woman who plays Santa for her family. If women did not do the baking, the shopping, the planning, and everything else that makes Christmas what we expect it to be from year to year, then there would be no memories to reminisce about or cherish. Without women, Christmas would be Arbor Day.

I could go on to tell you every single task I completed this year, but that is unnecessary. Because I was sick for most of the month and didn't accomplish half of what I did last year when I did all of this. In popular culture, Mrs. Claus doesn't have a consistent back story, and I don't think anyone wants a treatise on the sexism of Christmas mythology. But let me tell you daughter, you can call me Mrs. Claus because every year at Christmas, I sleigh!

Posted by Ayanna Damali at 6:25 PM