Do you remember the story about the girl who was discovered to be a princess after she spent the night on a pea? I thought of it after another agitated, anxious, and somewhat restless night. It provided me with a metaphor to describe what has been causing me such discomfort lately (and I'll tell you up front that it isn't all about a mattress, nor am I a lovelorn girl).

I suggested to the Hub that the current climate of racial agitation, gender violence, and social unrest all must have been 'normal' to our parents and grandparents in the not so distant past. Back when my grandfather was a soldier in Uncle Sam's segregated army. Back when my grandmothers were young women who migrated north to DC to escape southern racism. Back when my in-laws left their island to come further north to New York City to escape poverty. Back before the schools in DC were desegregated by a court decision. Back when redlining and restrictive residential covenants rendered currently hip parts of New York as the only neighborhoods where people could raise their families.

Perhaps we are getting a taste of what they endured. Not in the same measure, but it is obvious that we are experiencing tumultuous and reactionary times. Despite all of the socio-economic and cultural advances that we've made in the last 50 years, here we are living through an onslaught of public hostility that makes it seem as if all of that progress has been undone in a matter of months.

I did a little research on the Broadway play Once Upon a Mattress that was inspired by the classic Hans Christian Anderson fairy tale. Of course there was a little more added to the traditional story (which is way too complicated to explain here, especially since I haven't seen it), but suffice it to say that I recognize a few of the characters from the play as well as some of the drama in real time. The short version: a kingdom is under the oppressive rule of a dictator; a princess sets out on a mission that could improve conditions in the land if she is determined to be authentic. She has to prove herself and is subjected to a test that a few of the members of court have manipulated to guarantee that she passes. Even after their plot is revealed and the oppressor is dethroned, it is discovered that the princess still would have passed the original test because she was indeed the real deal.

I am not a preacher, but a lot of my friends are, so I imagine that this could be a much better sermon one day. And honestly, I don't have any theological interpretations for why we are catching hell right now. I don't understand how everything went so awry in just a few months--why our mattresses aren't cushioning/protecting us from these hard and bitter peas. I'm not a princess either, but:


I am a restless black woman.
I am a Muslim with a visa that is no longer good for me to join my family in America.
I am a desperate mother who crossed the Rio Grande to seek asylum.
I am the scared child who has been sleeping in a cage.
I am a waitress who had a customer put his hands on me.
I am the young man who was tased on the sidewalk.
I am the mother who watched her man get gunned down for defending me.
I am the child who was shot at random on a hot summer night.
I am the small business owner who had to prove that I was not robbing my own store.
I am the student who was just trying to relax by the pool in my apartment complex.
I am the little girl who was selling water on the street.
I am the father who works in the kitchen at two restaurants.
I am the soldier whose promise of citizenship was revoked.
I am an NFL player.
I am a transgendered woman who can't get her prescription filled at the CVS.
I am the father of a child who died in a school shooting.
I am the ten year old boy who was restrained by the police.
I am Trayvon Martin. Sandra Bland. Tamir Rice. Nia Wilson.
I am the Swedish woman who refused to be seated on that airplane.
I am the man whose life she saved with her defiance.
I am an African immigrant in France who doesn't play soccer.
I am a woman who has been harassed for wearing a hijab.


I am tired, despite having enough blankets and a mattress that should cushion me from being so ultra-senstitive. So it must be a lot more than just one pea...

Do you feel it too? We talk loud about being woke, but aren't you tired of counting sheep yet? Instead of trying to add more pillows and sheets, at what point do we collectively strip this bed down to get rid of these peas? 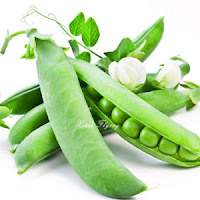