I am literally sitting in front of the television in the few minutes before the confirmation hearing resumes for Brett Kavanaugh. It might take the rest of the day for me to finish this piece because I do plan to watch as much of this as I can before I need to scoop the Kid from school.

Yesterday as I was headed to get her, I thought about how I spend a great deal of time watching the cable news and how I now regard watching anything other than the news as a distraction. How I hope to watch the reboot of Murphy Brown this evening, but depending on what unfolds today, I might need to rethink that plan. How watching the news or listening to the news and then processing anything seems nearly impossible in an unrelenting news cycle.

This came to me as I was listening to the President ramble on through remarks about whatever because pretty much whenever I hear him, I do my best not to imagine the womp, womp, womp trombone sound from the Peanuts cartoons. I am convinced his intention is to overwhelm us to the point of paralysis because perpetual outrage is exhausting as hell.

In addition to the constant breaking news that tells us little to nothing, we are always on edge. We are always waiting to see what nonsense and fuckery is next on the horizon. Such as today, I am convinced that if these hearings prove to be even slightly damaging to the nominee, the President will fire the Deputy Attorney General to reset the news cycle. (<----- It was noon when I wrote that, so we shall see.) I have no prediction if that also means that some other bombshell might be waiting to drop.

Are you as physically, emotionally, and mentally depleted as I am? As I have been since as far back as I can remember? I realize that a great deal of my energy is expended on the Kid, who is a human whirlwind of boundless, never-ending kinetic motion...until she goes to sleep. And I cannot help but to look upon the President as a 70+ year old version--the same petulance, the same uncontrollable emotions, the same insatiable need for attention. 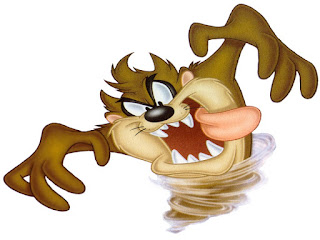 I've been reassured that my child will grow out of this phase. Dear God I hope so. And I guess if we are lucky, our country will be rid of a certain person as of January 21, 2021 (if not sooner, and I am definitely counting the days). I don't think it is hyperbole to suggest that we as a country cannot survive another four years of this.

And here is where I took a break to run some errands before I picked the Kid up from school. I continued to listen to and/or watch the hearing throughout the day and whew, talk about a hot mess. So I guess I was wrong. After what I witnessed today, it appears we are settled into the idea of perpetual chaos as the new normal. That's the only way I can describe what I saw so to invoke the imagery that the nominee himself referenced, we sowed the wind, now we reap the whirlwind.
Posted by Ayanna Damali at 12:06 AM

Email ThisBlogThis!Share to TwitterShare to FacebookShare to Pinterest
Labels: politics