An ongoing theme for the blog this year has been nostalgia and as we approach the last few weeks of the year, I figured I would keep that going with a piece that I first hinted at writing this summer. You may recall that I uncovered a clip from Charlie & Co., which was a short-lived family sitcom that starred R&B Diva Gladys Knight. Finding that clip got me to thinking about a few other shows that I vaguely remembered, which of course led me down quite a fascinating Memory Lane...

Clearly, I watched a LOT of television which explains why I am a repository of random pop culture trivia. Whenever we think of classic Black sitcoms, we revisit the same handful of shows that happen to stay in regular syndicated rotation, such as Sanford and Son, Good Times, and The Jeffersons (which all happen to have been produced by Norman Lear). However, there are many more shows that made it onto the small screen, even if for a brief moment. As you look through these clips, you might be surprised to see several familiar faces before they achieved mainstream success. And if we're lucky, maybe one year TVOne, Aspire, or some other retro TV network will acquire the rights to air a marathon of one or more of these shows so that we can have a more diverse pool of reruns upon which to binge.

That's My Mama (1974)
The Hub did not believe this was a real show--he thought it was a joke based on the reference made to it in at the Black Awareness rally scene in Coming to America. So imagine his amazement when it aired for a brief time back in the early days of TV One (and FWIW, there was no 'Joe the cop' or a 'What's Going Down' episode). Growing up, this was the other Black Mama show (What's Happening is better known) and my random trivia is that both Theresa Merritt and Mabel King appeared in The Wiz. 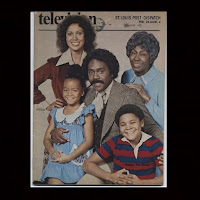 I did not remember the premise of this show, which was probably a good thing considering...this was definitely not the kind of show that would get a hard pass in today's contentious social media climate. Even in the late 70s, this seems like the type of show that would have garnered protests for promoting negative images of Black fatherhood. On the bright side, there are several familiar faces that reappear in subsequent sitcoms, including a very young and clearly gifted Kim Fields. Demond Wilson would star in a remake of the Odd Couple that also lasted for about 13 episodes, Helen Martin would return to sit in the window at 227,  and Denise Nichols would also continue to appear in various projects through the years.

Getting to Know Me (1980)
I am SO glad to have finally found a clip of this show on YouTube! This aired one summer on PBS, and I remember watching it with my Mom. Seeing this entire episode after all of these years made me emotional for so many reasons. Let's start with how that theme song has been in my head for nearly 40 years, and then how I just assumed that this show was lost forever somewhere in a dusty library archive. In hindsight, it makes sense that it only lasted one season and that it aired on PBS given the times, but this needs to be restored and made available at the Blacksonian or for a February programming binge. Priceless!

He's the Mayor (1986)
What I remember about this show at the time was how it seemed like such a ground-breaking concept despite the fact that there were Black mayors in several major US cities in the mid-80s. Even Chicago had elected Harold Washington as its first Black mayor, although it would take few years for New York City. Perhaps it was Kevin Hooks' youth and maybe the fact that while plenty of Black people were used to the idea of a Black mayor, this would have been a definite cultural shock outside of a Chocolate City. Even though it only lasted half a season, this show clearly provided some inspiration for The Distinguished Gentleman (1992) and Head of State (2003).

Charlie & Co. (1985)
This show attempted to clone the success of The Cosby Show, which was on a rival network. It didn't work for a variety of reasons. They seemed to be a nice enough family, so maybe on another network in a Friday night lineup of other bland shows it might have worked better. Which is what happened for Jaleel White, who went on to become Steve Urkel (imagine how different his career would have been). And of course it was one of many acting credits for Kristoff St. John, whom we lost earlier this year.

What's Happening Now (1985)
This was one of those syndicated shows that attempted to pick up several years in the future after the end of the first show. And it was terrible, which should provide some context for why nearly every sitcom reboot is a bad idea. However, it did introduce us to a young Martin Lawrence and Regina King's younger sister, Reina (just the type of random factoid that would win on Black Jeopardy). 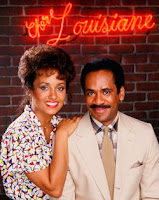 Frank's Place (1987)
In the list of great Black sitcoms, this show is always mentioned in high regard. Unfortunately, I did not watch it regularly enough to know that on my own (which might explain why I was so ill-prepared for my transition from Atlanta to New Orleans). Nevertheless, there is a good reason why this show is remembered so fondly and I think that audiences need a better reason to remember Tim Reid and Daphne Maxwell Reid than as corny Ray Campbell (Sister, Sister) and as the second Aunt Viv (Fresh Prince of Bel-Air).

Out All Night (1992)
When I was putting together the R&B Divas playlist, I knew Patti LaBelle had been in a sitcom that I watched, but that it only lasted for about a season. Beyond having up-and-coming talent that included Morris Chestnut, Duane Martin, and Vivica A. Fox, it was generic and forgettable. The younger actors would go on to become big screen stars throughout the decade, and of course Miss Patti would continue to be her larger than life self.

Thea (1993)
If you recognize a young Brandy Norwood before she dropped her last name, released an album, and got her own sitcom, as well as a young Jason Weaver, one of the hardest working teen actors in the 90s, then you might be wondering how you forgot about this show. Well, because sometimes the stars are the kids, and not the eponymous name in the title. My question: what happened to Thea Vidale?

Me and the Boys (1994)
Before all of the kid-friendly sitcoms shifted to Disney and Nickelodeon, there were a few that managed to make it onto the major network schedules, and that would include this show with Steve Harvey. It was cute and might have lasted longer if not for the unfortunate illness and death of co-star Madge Sinclair. Harvey reportedly did not want to continue the show without her, so he got a different show for which he is better remembered.

At some point in the 90s, maybe right in the middle of the decade when new networks were launching, certain programming became more expendable and the landscape of situation comedies also changed. As I mentioned above, most of the shows that were designated as family-friendly migrated from the networks to cable, and Black sitcoms were relegated to the fledgling networks UPN and WB. Then my TV viewing habits changed, so it is quite possible that I missed something notable from early 2000s. I know that streaming services made some shows not mentioned here available to current audiences, such as Smart Guy. And it is possible that some of these shows might air on one of those platforms.

But for those of us who haven't cut the cord and who are not sure what to think about Good Times live (at least it isn't a reboot), a couple of these shows deserve to pinch hit one of these holiday weekends.
Posted by Ayanna Damali at 8:46 PM