For the past few days, I have been thinking of an analogy to help me describe my frustration with mediocrity offered up as imperial, moral, physical, and intellectual superiority. And suddenly, I had a random recollection of the local Wonder Bread factory and how as a child, my parents refused to let us eat it. 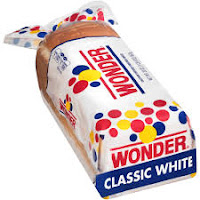 Most of you know that my parents were righteous hippies, so along with our African names and inner city sensibilities, it should not surprise you to learn that even their food choices were radical. We ate yogurt and granola and wheat germ and carob and my Dad had a vegetable garden at some point. My Mom had a philosophical opposition to processed foods, so we never had Spaghetti-ohs, American cheese, margarine, Spam, baloney, cakes or brownies made from a box, or sugary cereal. Most importantly, my parents were big on wheat bread, which meant no one EVER wanted to trade sandwiches with me at lunch. And when you are already considered to be the weird kid...

Of course I thought I was missing out until I actually tried Wonder Bread. It was terrible. It was mushy and bland. Anything that was spread on it soaked through and altered its texture and color. You could literally roll it into a ball and it would keep that form. But I thought I liked it because everyone else did. Yet, whenever I was given the choice, I never opted for white bread.

Wonder Bread is the edible embodiment of mediocrity. It is basic and boring. Because sliced bread was once thought of as innovative and extraordinary, on the spectrum of bread offerings, Wonder Bread is merely more convenient and cheap.

Sean Spicer is Wonder Bread. I have never been a fan of Dancing with the Stars, primarily because it is the 21st Century equivalent of Circus of the Stars, but the twist is that this show resorts to bland stunt-casting to maintain interest. Why else would anyone care if former Rep. Tom DeLay, Bristol Palin, Tucker Carlson, Geraldo Rivera, or Rick Perry can dance when we know better? First of all, and I mean this in all caps: THEY ARE NOT STARS. Second, because no one expects any of them to be truly competitive, the network just wants people to tune in to see how long they can keep the gag going. And third, ridiculing their lack of talent feeds the narrative of liberal elitism, even though plenty of non-political hacks have appeared on the show and have been just as terrible.

Mayor Pete Buttigieg is Wonder Bread. And that's why he is suddenly surging in the polls in Iowa despite the fact that he is the least dynamic person running for President, ever (and that includes John Delaney). You can tout all of his accomplishments and proclaim that he is perfectly qualified to be the nominee, but that is only because he reminds a lot of these folks of when their eldest son ran for student government president. For what it's worth, Sen. Amy Klobuchar should also be gaining traction since they are cut from the same bland loaf, but apparently she's Sunbeam Bread...

Kate Middleton and Prince William are Wonder Bread. Yeah, I said it.

There are a bunch of Wonder Bread celebrities who garner lots of attention in the tabloids for doing mundane shit like venturing out sans makeup to walk their dogs, and then bravely buying pumpkin spice lattes in public just like us, and I just don't get it.

In a world full of almost unlimited bread options, it makes no sense to designate Wonder Bread as the default loaf of choice. There's sourdough, pumpernickel, rye, whole wheat, multigrain, potato, pita, challa, corn bread, buttermilk biscuits, croissants, baguettes, bagels, focaccia, naan, roti, pretzel, tortilla and so many more options that are too numerous to name. Of course, there is nothing wrong with sticking with what is most familiar, but it kinda defeats part of the reason of why y'all went around colonizing the world in the first place.

It defies logic to presume the superiority of Wonder Bread simply because it once occupied more shelf space in the supermarket. Wonder Bread wasn't better than any of the aforementioned varieties of bread--it just had a bigger marketing budget. It could exaggerate its nutritional value, hire high-profile spokes-puppets to promote it, and make bogus comparisons of its benefits. And because some people have convinced themselves that their nostalgia for the good old days of their youth trumps the reality more marginalized people endured, Wonder Bread has simply re-packaged the same bland, tasteless, squishy fluff.

In case you missed my point, we do not have to settle for more of the same intolerable stuff that we outgrew so long ago. Our palates, preferences, and politics have evolved. There is a bread basket full of options--you don't have to like them all, but it won't kill you to taste and see. 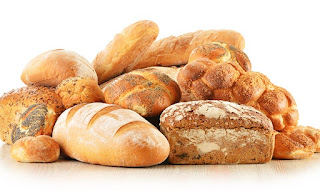