The first week of this virus pandemic has given me a newfound respect for those true-believing home-schooling parents...this ain't my ministry y'all. (I already knew this, but I'm not sure if that was common knowledge or if I was thoroughly convinced; now I am.) I appreciate all of you who have open kitchens with islands and new appliances and clean granite countertops. I appreciate those folks on TV who are doing their own hair and makeup. I appreciate all of these small businesses who are still selling stuff that I don't really need, but my civic sense of obligation compels me to buy candles, winter hats, party supplies, and baby gifts. I appreciate all of these talented people who are using their gifts to bless the masses on social media.

In the alternative, there is a lot that I do not appreciate, but instead of boring you with a list of specifics, I will offer you a dramatic rendering of sorts. For the love of God, try to refrain from being these kids, all of whom will probably land jobs on MTV or become Instagram influencers when this is all over because life ain't fair:

Also, if you can, do your best to avoid watching, listening to, or believing anything this guy has to say because it is a LIE, and a RACIST lie to boot:

By all means, listen to this guy, although I'm guessing he won't be around much longer:

And that was from Friday. All week it has been one never-ending reminder that y'all voted for that orange nincompoop because of an irrational hatred for her and the undeleted spam in her AOL account: 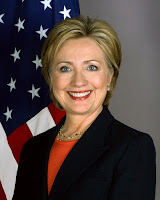 Meanwhile, the Real Leader of the Free World is honest and frank: 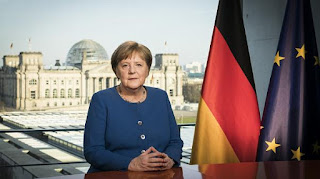 As a side note, can we all just agree that either one of these guys will suffice as a replacement come November?

When I sat down to write this piece, it was with the intent to poke a little fun at folks for their hysteria. As I am a repository of random pop culture references, I thought of my favorite Alfred Hitchcock film, The Birds. In a pivotal scene, various people from the town are gathered at a diner discussing the events of the past 24 hours. There is an elderly woman who studies birds, an ornithologist, who initially doubts the stories of coordinated bird attacks. In the midst of a bird swarm, a man who is pumping gas causes a fiery explosion after he drops his lit match onto spilled gasoline. The woman pictured below is a mother with two children whose distress leads her to shriek that Melanie (the protagonist) was a witch whose presence provoked the bird attacks. This is her face right before Melanie slaps her:

If ever there was a scene in cinematic history that could represent the range of reactions to the current situation--experts who can't offer reasonable explanations for what is happening; people who spread hearsay and gossip as credible sources of information; the blame cast on a mysterious stranger for unexplained havoc; blithely unaware folks who engage in intentionally risky behavior; and then those frantic people who overreact. I had often wondered about the origin of this film, so in my research I learned that the movie was based on a short story with the same name, written by British author Daphne du Maurier (1952). Now that I've read that, I'm not so sure that a little panic isn't unwarranted...

I said a little panic. Not full-out bunkering akin to The Day After-like nuclear holocaust (again, another one of my random pop culture references):

The anxiety is palpable because we need real information, not propaganda or gaslighting. That instead of folks believing unverified claims by random people who know people who work with people, that we get our news from trustworthy sources. Which is almost impossible under this Regime, so maybe we should just hunker down and pray for the best.

Of course it sucks. I live with a four year old who doesn't understand why she can't see her friends. I have vulnerable parents and relatives (essential employees) and I have to trust that they will all be safe. I have friends that live alone. I am sure that I have gained more weight this week than I did while pregnant. I am still grieving and trying to get my shit together and hoping that I accomplish something this year. In a matter of days, I have seen all kinds of life plans altered and upended.

Out of nowhere, it feels as if Nature has turned on humanity and we are at Her mercy. Or in our imperial arrogance, we brought this on ourselves through recklessness and hubris (too much single use plastic). Until this point, we have never faced this kind of widespread disruption. We typically watch disasters strike other people on television or at the theater. Now we actually have to live through the kind of fictional doomsday scenarios that used to entertain us.

It is never explained why the birds attacked the town of Bodega Bay, nor do we learn of Melanie's fate after the last savage bird attack leaves her catatonic. I would guess that she lives, chastened by her experience and more mindful of her choices. In every post-apocalyptic film, there are survivors who must adjust to what becomes the new normal. Therefore, the point is to make it through this ALIVE. If people heed the warnings to stay inside seriously, the sooner we get through this. We are resourceful enough to find some creative and unique ways to remain engaged. This isn't that hard. And God forbid if this is the end of the world, then:

Posted by Ayanna Damali at 7:05 PM