We're in our first week of social distancing, which is the new age term for stay the f%$# inside your house until further notice...and I'm guessing folks are getting a little anxious. You're stress eating, binge-watching stuff that you've already seen, and possibly reconsidering certain life choices. But do not fret!

Like a virtual USO tour, famous musicians like John Legend and Chris Martin are giving mini-concerts on Instagram, Josh Gad (Olaf) is out there reading to our children, and Debbie Allen is out there teaching dance class. I thought to pull together a feel good effort of my own--the Busy Black Woman's Be Optimistic playlist to help you get through the days ahead, for getting through the current crisis or something else at some other point in time. I posted most of these songs to the Facebook page, so this is an index of those selections as well as some additional material. It covers a few musical genres, so there is something for most people to enjoy.

Prince - Let's Go Crazy (1984)
Of all the apocalyptic Prince songs that I could have chosen, this is the one that makes the most sense to recommend while we're all on lock-down. We would love to party like it's 1999, but we can't go anywhere so this song perfectly describes what it might feel like by the end of this week. But don't go Delirious, dance it out of your system, then turn your attention to something more positive. 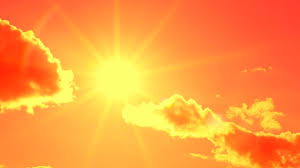 For the Entire Family

A few of these songs are on regular rotation in my household because they make the Kid happy, while a few of the others make her Busy Black Mama happy.

Pharrell Williams - Happy (2013)
I love this song, even though it can be annoying and inescapable. It came out before the Kid was born, so if you can believe this, the person who was obsessed with it back then was my Dad! He watched every single video, including all of the international covers (here is a shorter compilation) and the Weird Al Yankovic's Tacky (2014).

Justin Timberlake - Can't Stop The Feeling (2016)
I took the Kid to see Trolls in the theater, which of course she loved. Then once she saw a video on YouTube, she had to watch it constantly (because she is her grandfather's grandchild)--but I won't torture you with the different versions. Just know that there are Storm Troopers and Spider-man involved and I don't really know why.

Katrina and The Waves - Walking on Sunshine (1983)
You know the song from commercials and possibly from this scene in Look Who's Talking (at 1:55) released in 1989, but I honestly never heard of this group until now. Now I know that they were a one-hit wonder stateside, but had other hits abroad that included Love Shine a Light (1997), which seems like a benign enough addition to this playlist.

American Authors - Best Days of My Life (2013)
This song is so corny and the video so ridiculous...but as someone commented, it isn't like I found it by accident. I've heard this song a thousand times, and the point is for it to bring some joy in the midst of chaos, so I see no need to explain myself.

Deee-Lite - Groove Is In The Heart (1990)
I don't know if the Kid could ever love this song as much as her Mama, but if there was an adult equivalent to Happy, this is it.

Tony! Toni! Toné! - Feels Good (1990)
This is another one of my happy songs from freshman year of college...definitely a less anxious time and place.

Tupac Shakur - Keep Ya' Head Up (1993)
Yeah, I know this isn't a kid-friendly song, but it comes from two songs that are, so we're going to use what Tupac did here to educate and uplift. First of all, his song is intended as an ode to single mothers at a time when a lot of rap music was awash in misogyny. Second, this song includes two classic samples that reinforce the positive message--Be Alright by Zapp (1981), and Ooh, Child by the Five Stair-Steps (1970). Third, now I know who sang the latter song, and that Nina Simone also recorded it in 1971. I did know that it had been re-recorded by gospel artist Donnie McClurkin in 2004.

Journey - Don't Stop Believin' (1981)
I have a playlist of power ballads still in the works, so of course there is more Journey ahead. If there ever was a Boomer anthem, this is it.

Jackie DeShannon - Put A Little Love In Your Heart (1968)
Last summer due to something tragic that happened in the news, I posted this song and some history I uncovered about it on the Facebook page. Now seems like a good time to remind people that we are all in this situation together, so in addition to this original, the 1988 remake by Al Green and Annie Lennox (from Scrooged), I can now add this 2002 version by Mary Mary (from Stuart Little II) to our rotation.

Stevie Wonder - Don't You Worry 'Bout A Thing (1973)
How I overlooked this song on the Facebook playlist is beyond me, but this is the JAM. The Kid loves this 2016 version by Tori Kelly from the Sing movie soundtrack. One of my favorite versions is by Incognito (1992); however, mad props go to the reigning Sexiest Man Alive, John Legend, who definitely brings it on this 2005 version from the Hitch soundtrack. 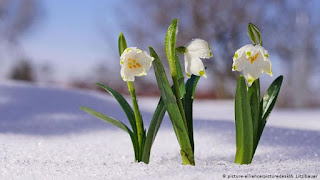 Technically, a few of these are the kind of songs one might send to a friend in the aftermath of a traumatic breakup, but since folks aren't hooking up right now, we might as well re-purpose these as the kind of songs we'll enjoy once this is all over.

Gloria Gaynor - I Will Survive (1978)
In addition to this being our testimony on the other side of this nightmare, Mother Gaynor has given us permission to adapt the song as a challenge to others to wash their hands.

Destiny's Child - I'm a Survivor (2002)
Let's hope that Debbie Allen will choreograph a flash mob for this song once this virus has passed.

Kelly Clarkson - What Doesn't Kill You (Stronger) (2011)
I am pretty confident that this song is on every Peloton, Zuumba, and Soul Cycle playlist right now, so keep going! 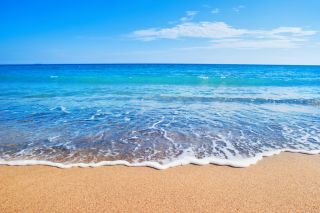 Bob Marley - Three Little Birds (1977)
If you read the title and didn't know otherwise, you might wonder why I would include a song about birds. For years, I thought the name of this song was Don't Worry About a Thing, which is the point--we must believe that everything will be alright. Here's a lullaby version from Renee and Jeremy (2007) for the kiddies...or for whomever needs it.

Jimmy Cliff - I Can See Clearly Now (1993)
I feel like I only hear this song in commercials, which is unfortunate. Because it is much better as an uplifting song of hope and optimism, perfect for a movie like Cool Runnings. It was written by Johnny Nash (1972), and became a hit for Ray Charles in 1978.

Bobby McFerrin - Don't Worry, Be Happy (1988)
Much like the aforementioned Happy, this song was the earworm of my youth. People loved it because it was quirky and catchy and we were all amazed by McFerrin's abilities. It isn't reggae, but it has that feel. People have been commenting recently how this song is still comforting more than 30 years later. It was McFerrin's one big hit, but if you poke around YouTube to see what he's been up to, it appears that things worked out for him quite nicely. Plus, he is immortalized on the theme to the fourth season of The Cosby Show. 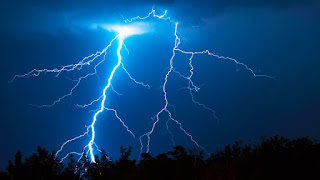 Of course, there is a gospel music section. In times like these, you've got to get your praise on!

Hezekiah Walker - Better (2016)
This is one of the Kid's favorite songs, and the fact that the video features people all over the globe makes it perfect for this list.

Kirk Franklin - Smile (2011)
This song reminds me of when my Niece was my daughter's age. She sang this to me in the car one day, and it lifted my spirits. Now the Kid loves this song too (well, because Mary Mary are featured in the video, and if y'all don't already know this, my child LOVES her some Mary Mary).

Sounds of Blackness - Be Optimistic (1991)
They are so 90s, which means I love them. This group was one of the pioneers of the secular gospel sound, so most people who heard it daily might not associate it with having a religious message. A couple of their other secular-ish songs have similar messages: Everything Is Gonna Be Alright (1994) and Hold On Change is Coming (1997) featuring Roger Troutman of Zapp.

Yolanda Adams - The Battle Is The Lord's (1993)
This one is for when you need to go to church because this can all get overwhelming. Afterwards, if you yearn for more hard-core gospel, I'm including For Every Mountain (2006) by the Kurt Carr Singers. In case you didn't know in advance, the tears are going to fall so let it go--you probably need to release some of these emotions. 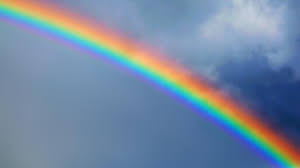 This is the cool down section--because after listening that gospel section, here is your virtual church fan.

Ledesi - Alright (2007)
This video version includes her hit In the Morning as the intro. Very mellow. Legend has it that she was about to quit the music business when this song hit.

Blessed - Jill Scott (2011)
This sounds like a song that was written on the fly, but they fixed it up in production and then made a crazy video, so what's not to love?

Bill Withers - Lovely Day (1977)
This song is absolute perfection. So Jill Scott (2011) had to bring it, and so did Jose James feat. Lalah Hathaway (2018). Let's face it, no one can mess this song up so enjoy these additional covers by Anthony David (2018) and Gerald Albright feat. Michael McDonald (2016).

Maze featuring Frankie Beverly - Golden Time of Day (1978)
This might be a less conventional choice than say Happy Feelings (1977), which is probably a bigger hit for most fans of Maze, but I think Golden is vastly underrated. Of course this could be the subject of an intense Saturday-night-in-the-basement-playing-spades-and-drinking-brown-liquor family debate since we've settled that Frankie Beverly is only Black-famous. As far as I am concerned, so is Kem (2009), and as his cover isn't as soporific as most of his music, this is a pleasant surprise.

Earth, Wind & Fire - Keep Your Head to the Sky (1973)
This was the song that inspired this list (and I just re-discovered this fantastic 2002 cover by Maysa). For some reason, this song came to mind as I was trying to sort out a few ideas for how to make the best use of this time. There is something very soothing and reassuring about this song, so I hope it blesses you in some way.

I hope this list brings a little joy to soothe and calm some of the anxiety.

Posted by Ayanna Damali at 5:33 PM