I am sitting here on the last day of the year that will never be forgotten. I can't actually come up with an adequate description that doesn't sound cliche, so let's just call it the year of hindsight. A year when we learned that everything we thought we knew could be both right and wrong at the same time. A year that I should have known was going to be Hell because it began with me weeping inconsolably at the stroke of midnight in church when the grief and tears that I had been holding inside for a week finally forced their way out of me like a shaken carbonated beverage when the seal is broken.

Now that you have a visual, thankfully we only have a few more hours to go.

I had plans to write something longer and more thoughtful. I considered all of the pieces that were not completed that might deserve some final resolution. I spent the bulk of this morning working on a project that took up more time than intended, so now that the day is practically over, and I have tasks that are still undone...and the fact that I spent a great deal of time this year camped out in front of this computer just trying to finish one last thing, I will make this as quick as possible. (I wrote that four hours ago.)

I accomplished a lot this year. I wrote a lot. I found a way to write even as I had to adjust to a broken computer screen (freak airport accident); seemingly less time because of my daughter's school schedule (before the 'temporary' shutdown became permanent); and even through this sudden career change to becoming a virtual Montessori teacher's aide/classroom Mom. I sit here on the last day of the year pleased that I got anything done, including all of that laminating that I thought would never be finished. Although, never enough laundry...

As is always the case, my successes in one area came at the expense of other aspects of my life. I will not be entering the New Year with a clean slate--not even a clean kitchen. I should have been inspired by everyone else's purging and organizing, but I've gone in the opposite direction. I haven't exercised in months, I have been eating too much fried chicken, and some of the local liquor stores know me by name. If anyone needs to make a list of resolutions to break in a few weeks, that would most certainly be me. I have an unfinished vision board for 2020, so I maybe I will try to pick up where I left off and see what happens by February.

I took some steps towards really building this brand this year, and that has been great and scary at the same time. While I was disappointed by a few launch failures, I am not deterred. My glass is still half full. I have more readers/followers and have had opportunities to introduce my brand of punditry to my peers in ways that I never could have imagined (much love to my Morehouse Brother Ol' Hobbs). I have reconnected with some sisters, sorors, family, and good friends, and expanded my tribe with a few fellow blerds. Everything happens when and how it should. 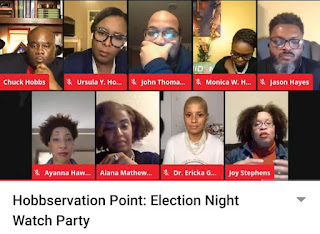 My mother is still here! Y'all don't even know how close I could have come to disaster this summer. If I had not listened to that inner voice that insisted that I check on her in person, in spite of the social distancing protocols...the same voice that warned me ten years ago to pay closer attention to her and not to listen to anyone who tried to downplay what I was experiencing. (Now I am not telling anyone to violate the guidelines, but I am telling you that you must step in to intervene as necessary with the proper precautions to protect our seniors. The isolation and despair of this pandemic has killed plenty of people who weren't even exposed to the virus.) 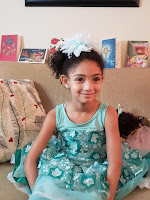 I am amazed at how much my daughter has grown this year. She is half my height at five years old, a very gregarious and imaginative child, unlike the quiet, defiant little chickadee she was just a 18 months ago. I need to spend more time with her, which feels like an insane thing to say since we've been practically inseparable for the past nine months. But the other day she asked me why I am always in a meeting because she came in and saw me on the computer with headphones on, which is pretty much how she always sees me. But I am what I am...

And that is a Busy Black Woman. An unapologetically Black woman, with a capital B--and I say that in case someone else wants to accuse me of being a racist. Yes, remember when that actually happened? So in case the Facebook algorithm that brought those disgruntled Canadians to my page decides to trip again, I'm still here, and I'm not going to tone down to make them or anyone feel better about their own insecurities. You're mad at me for being proud of my ancestry? You want to convince me that I have reasons to be ashamed of conditions that were imposed on my people? Look colonizers, I've reached the age where I'm ready to tell folks that my birthmark is an IDGAF tattoo. Get some therapy, and then come tell me about myself.

Because I'm digging in and never backing down. I am finally at that place of not seeing myself as some coulda-been. I spent too many years feeling like an imposter because I thought that I was supposed to have been some big shot attorney or otherwise living some illusion of success. Thanks to 2020, I officially let that shit go--I am what I say I am. So I proudly claim that other capital B, for I stay Busy for a woman with no real job. And it is finally okay that I am not where I thought I should be at this point in my life since God has been pretty clear at steering me to this place of infinite possibilities.

I thought I would regret not realizing that sooner, but I don't. The early part of my life was spent in a rush trying to achieve these artificial milestones of accomplishment--graduating high school at 16, college at 20, law school at 23, and passing the bar by 24...but for what? To wake up 20+ years later and wonder if all life had to offer was a 401(k), red bottom shoes, and a McMansion in the suburbs? 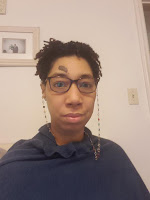 So I will tell you what I do regret--not cutting my hair this short sooner. I regret some of the bad habits that this pandemic has encouraged, but I like wearing caftans and yoga pants, so those are keepers. I regret that I didn't start growing my collard greens until September because I would have those to harvest and cook instead of having to go to the grocery store. I regret allowing myself to ever feel powerless by making choices in the past that put the happiness of others ahead of my own. In that I am not alone because Black women are groomed to see ourselves as saviors. I see the memes and the declarations on Twitter. And y'all can have that. I'm not anybody's Superwoman.

This was supposed to be a quick reflection. So to bring this piece to a close so that I can get out of this spot that I have been sitting in since this morning, here are my words of intention for the year 2021: vision, purpose, and bold. Stick with me to see how that will make more sense to you as you continue on this journey with me.

Posted by Ayanna Damali at 9:10 PM