A friend of mine helped to organize a celebration of Black-owned restaurants in the DC area, and though I missed the official kick-off, my intention is to visit one or two of the spots before the end of the week. Both to support his work, and to lend my support to some local restauranteurs. I've been shut up in the house for over a year, so I need to find some new places to hang. And as an ongoing objective that I've been pursuing here at Busy Black Woman, this gives me a chance to seek out and support more small businesses owned by Black, Latinx, LGBTQIA, and women entrepreneurs.

Does that make me a racist? Apparently it does because I should not care about the gender, race, ethnicity, or sexual orientation of the business owner. I should only care that the product serves my needs. To pay attention to those attributes of the owner means that I am not adhering to MLK's dream of a colorblind society and I am only contributing to the division of our already polarized world by taking notice of something that I am supposed to pretend doesn't exist. 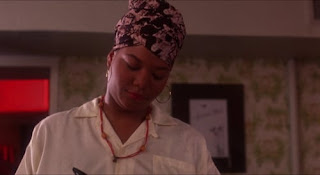 It matters that when starting a business, women and people of color start off with real deficits. It is a fact that some business owners are less likely to receive start-up capitol from banks, or that they might face repayment terms that are more onerous than others. It is a fact that there is discrimination imbedded in the system that affects where businesses are located. In addition to financing and location, there are 50/11 reasons why small business ownership is a challenge for anyone, so when the owner happens to belong to a historically marginalized or underrepresented group, those challenges are magnified.

So why are y'all so triggered that someone thought that Black-owned restaurants deserve a little advertising boost for a week? Like seriously, how is that any more racist than Taco Tuesday?

Let me put this another way, because as we head into the holiday season and folks are advertising Black Friday sales and deals, I don't hear any complaints. I have yet to see any whining about there being no White Friday sales or how unfair it is to capitalize the word "Black" in those advertisements. I haven't seen any ALL Fridays matter backlash; I see y'all opening your wallets to buy whatever you can at a 25% discount.

Nope, not the same because there is a reasonable explanation for singling out the Friday after Thanksgiving versus the other 51 Fridays on the calendar...right?

I said what I said. I'm tired of the knee-jerk backlash and the intellectual laziness. This isn't that hard. Nobody is forcing you to participate if you don't care to. If you would rather eat homophobic chicken nuggets because their customer service is better, then have at it. Or if you would rather have the pizza from the same chain where the owner got caught on tape using the n-word because they deliver, that is your business. Do you also go into the Chinese food take-out in your neighborhood to complain that calling it Chinese food is discriminatory against other kinds of cuisine? Still mad because there are no Cracker Barrels in the city?

Let's say that you're right. You don't need to know the race or gender of the restauranteur who is serving your truffle fries and ceviche. But you need to know that where you do business impacts more than just that owner, their employees, and their families. Your dollars help to stabilize and sustain communities. If you don't believe that, then drive through the hood or through some small town where the lone factory just closed. 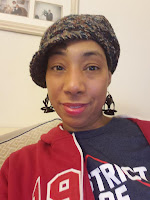 When I became intentional about supporting small businesses, it was after I decided to try my hand at selling tee shirts to support this blog. I reasoned that it would be good karma to support other small business owners, so wherever possible, I would buy cards, books, candles, jewelry, and other knick-knacks from vendors I encountered at bazaars, street festivals, and on social media. Then it became integral to my Busy Black ethos to disengage from mass-produced merchandise in order to highlight unique goods and products. Sure, I could buy a generic box of all-occasion cards for cheaper at the Big Box, but these cards produced by my Spelman sister are cuter. I can give my Kid a lunchbox or a tee shirt with affirming messages about the beauty of her Blackness. These earrings are one-of-a-kind, this hat is dope, and wow, this is an interesting combination of scents in this hand-poured candle. And so on.

I also noticed the importance of a vibrant Main Street as opposed to a booming Wall Street. Local economies depend on localized economic activity. And big corporate chains don't always see the value in investing in certain communities. However, the Mom and Pop shop that hires local teens who need some spending money and something productive to do outside of school has been around for years. Small diners and restaurants employ single mothers as waitresses and returning citizens as busboys and cooks. The old man at the repair shop inherited the business from another resourceful old man who taught him that shops like these are valuable training centers for skills and life. So what do you mean it doesn't matter?

You mean it matters in those homogenized Hallmark movies, but not in the city, especially in neighborhoods that haven't been gentrified or where there hasn't been the same level of economic development. We don't need to emphasize the existence of small Black or Latinx businesses that will employ local kids and instill in them the value of hard work. They don't need to see entrepreneurship up close when there are jobs downtown. They don't need to know that money deposited in a Black bank will provide the financing for a start up company that couldn't get a PPP loan. That community-based businesses are more likely to sponsor uniforms and equipment for the Pop Warner football and Little League baseball teams than the corporate conglomerate. These kids don't need to be inspired by the story of the intergenerational family who all worked in the restaurant started by their immigrant patriarch who came here to escape civil war.

No, let's insist that race doesn't matter and that we don't need ethnic hair salons and barbershops because everybody can just go to Supercuts.

Riddle me this: for all of the complaining on Blue Ivy's internet about highlighting the race of these restauranteurs, is it racist to be told that the owners are Black or more racist to find out and then opt to eat somewhere else? In a city where folks line up for overpriced Top Chef burgers, $15 salads, and $4 doughnuts, y'all are offended by a listing of Black-owned restaurants? But it's okay to go on Yelp to look for whatever other ethnic cuisine...

In a past life I was a civil rights lawyer who advocated for affirmative action. I will never forget the time I stood next to a small business owner in line outside the Supreme Court during oral arguments over a federal contracting case. This man told me that his business was adversely harmed by set-asides that guaranteed portions of government contracts to qualifying minority-owned small businesses. He got plenty of other contracting work, but because he couldn't compete for every contract, that was unfair to him and his family. When I pointed out that like his, these businesses were vying for taxpayer-funded contracts and the set-asides ensured equitable distribution of work that those businesses would not have access to otherwise, he stopped talking to me.

To illustrate with a restaurant metaphor, he had his own table (one of the best in the place), but he still wanted someone else's table as well.

We are emerging from a global pandemic and the fact that some of these places are still open should be a cause for celebration. Last month y'all were complaining that people don't want to work for $2.13 an hour; last week the debate was over the ethics of tipping at least 15%; and now the issue is not wanting to know that the owner is Black. I'm detecting a theme here...

But don't let me call you on your bullshit and risk not having your support for teaching American History.

I'm done, because I need to make lunch plans. I've got some new places to try and some old faves to track down (since a lot has changed in a year). The holidays are approaching, so I need to gear up for my Busy Black Woman Holiday Giving Guide and get on with my Busy Black business. In the wise words of someone, everything ain't for everybody, but you won't know if you don't try. Ciao!

Posted by Ayanna Damali at 7:50 AM