This one was rough...normally, I would have just posted a playlist on the Facebook page, but the unexpected death of Irene Cara over the Thanksgiving holiday weekend deserves a more significant remembrance.

I will be honest and admit that I had recently thought of Cara in passing as I sat through my annual viewing of Flashdance (1983) this summer. As some of you know, I have this ridiculous fascination with that movie, due in large part to the fact that it was HUGE when I was a kid, but it was rated-R so I only saw it for the first time years later in college. And after I saw it, I immediately questioned the hype, so it has become something of a ritual for me to watch and ridicule the absurdity of a movie about an exotic dancer who wanted to be a ballerina without ever having taken any ballet classes!

(And for the umpteenth time, I still shake my head at that premise for a variety of reasons, beginning with the fact that I actually started taking ballet classes around the time the movie came out, so from experience I can attest that the premise is utter nonsense. Even in the 80s when ballet was still very exclusive to certain types of girls, there were programs that made it available to the masses, such as the School of Performing Arts in New York, which we will address later in this piece. I also questioned the sanity of the elderly ballerina mentor in encouraging such nonsense...)

But I digress because the point here is to appreciate Irene Cara beyond her association with Flashdance. In spite of a steady resume of solid acting work in the 70s and early 80s, she will forever be identified with one of the most overrated of what I call the 80s fad movie genre. Movies like Flashdance, Breakin' (1984), Perfect (1985), White Knights (1985), and even Saturday Night Fever (1977) were all derivatives of Hollywood's tendency to capitalize on the latest pop culture trend with a bad movie. Even the film that brought Cara to the attention of mainstream audiences, Fame (1980), could be included in that group for bringing attention to the performing arts high school; however, as we all know, the pursuit of fame itself is not a fad.

Fame is the road that Cara began traveling as a child. I remembered her from The Electric Company as a member of an early lineup of performers in the Short Circus, the kid singing group that was featured in vignettes throughout the show. However, she had already been a Broadway performer and starred in two feature films by the time I saw her in those EC reruns in the latter 70s. I had also seen her on What's Happening (1977) and in Roots: The Next Generations (1979), so that practically made her Black famous before the rest of the world 'discovered' her in Fame. Until her death, I didn't even realize that Cara was just a teenager in the years before her big breakthrough.

Therefore, by the time her career had reached its zenith with What a Feeling, it would seem that her Oscar win should have opened every door in the entertainment business. Instead, Cara receded from the scene and was practically forgotten in a few years. Similar artists such as Karen White, Jody Watley, Paula Abdul, Gloria Estefan, Whitney Houston, Paula Abdul, and Janet Jackson (a Fame adjacent alum) filled the void. Assuming that her account of what happened to her career in this clip is accurate and knowing that she had more talent in her pinkie toe than most of those others, it just doesn't make sense that everything just stopped.

Or maybe that is just the price of fame, as Lydia Grant (Debbie Allen) warned in this unforgettable monologue on the matter: You've got big dreams? You want fame? Well, fame costs...

Since she spent so many years out of the spotlight, one can only imagine what Cara's career should have been in these almost 40 years since Flashdance. Starting with that list of her contemporaries, why didn't Cara enjoy more pop music success? She had the voice like Whitney Houston, and she could dance. She co-wrote What A Feeling, so if given the chance, her songwriting talent should have kept her busy like Patrice Rushen or even Babyface. On the acting side, even if she couldn't carry a mainstream film to box office gold on her own, she could have been in an ensemble film, found steady work on some mediocre sitcom, or been featured in some epic TV miniseries. And for goodness sakes, she started out on Broadway, so why didn't she ever find her way back to the stage? 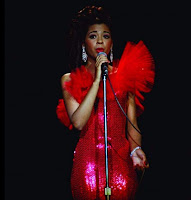 She had the look, the talent, the sparkle. The irony of her starring in two movies about the illusive quest for fame is the realization that for Cara, those attributes had already opened the door and ushered her to the center of the room. By 1980, Irene Cara knew a few things about show business. Yet, why it all fell apart is anyone's guess. A variety of other factors can derail someone's career--a bad combination of hubris, fickle fans, and/or the machinations of the suits who make decisions behind the scenes. In Cara's case, it just never made sense that it all went away. Who didn't dabble in drugs in the 80s? Who didn't make the best choices in choosing film projects? Who upon realizing that their work was undervalued didn't seek to rectify the situation?

Two years ago when we mourned the sudden passing of Chadwick Boseman, I wrote this piece and compared his death to the phenomenon that occurs when a star explodes, a supernova. Now I find myself trying to comprehend the opposite--when a star collapses and creates a black hole. Irene Cara was born a star. She deserves to be remembered as such, not as some has-been actor or a one hit wonderful or some pop tart wannabe, but as a bona fide STAR whose light still shines and bathes us in warmth nearly 40 years after her greatest career triumph. In death, we are lamenting that her light was eclipsed, but it was is still there, as brilliant and luminous as ever.

It doesn't seem right or fair that someone with Cara's prodigious gifts would be discarded over a million dollars. Lesser talents flourished in spite of bad choices; stumbled and rebounded; been hella problematic; and in some cases, committed actual harm to others with minimal career interruption. She couldn't have been the first artist to sue her record label (Teena Marie comes to mind) so how did that manifest in the kind of career-ending audacity that consigned her to doing voiceovers for animated Disney knockoffs and what-ever-happened-to obscurity?

For the sake of argument, even if she did become some kind of diva, hadn't she earned that right by 1983? She wasn't some bright-eyed ingenue, nor was she some naive schoolgirl who could be duped by a con man offering big promises. The mere fact that her career could just evaporate into thin air because she wanted to be paid what she felt she was worth for an Academy Award winning song she co-wrote and performed is...wow. That's the only reaction I can register because somebody's need for petty retribution robbed us of her talents and prevented her from achieving a career worthy of her extraordinary abilities.

It is well understood that the person who breaks through concrete and shatters glass ceilings first doesn't escape being harmed in the process. I deliberately waited until this point to mention the -isms lest someone assumes that her race and gender were not factors in her career demise. At some point the elephant in the room must be acknowledged as Irene Cara was the first Black Latina to sing an Oscar-winning song (for Fame) and then to win an Oscar (for What a Feeling). It would be tempting to argue how those achievements were proof that racism and sexism did not stop her career ascent. However, the -isms did hasten its demise, for once she broke down those barriers, it revealed that there were plenty of other promising artists waiting in the wings. She obviously deserved those royalties; instead, her demand to be paid was spun as being too demanding and difficult. The moment some record company executive huffed who does she think she is, Cara became a cautionary tale to other young women in the industry to know their place or be replaced.

Can you think of another multi-hyphenate starlet with a Golden Globe, two Grammys, and an Oscar who had a similar trajectory? That isn't to suggest that her music career might have run its course, because the follow up to What a Feeling was Hold onto the Dream, a minor hit attached to another terrible 80s movie, DC Cab (1983). A few years later when Janet Jackson was taking Control and transforming the pop music landscape for female artists, Cara released this campy song Girlfriends, from an album that was produced by George Duke and a who's who of legendary hitmaking contributors, but it didn't chart. As for her acting career, she did find work...just not the kind of stuff that was any good like Certain Fury (1985) and Caged in Paradiso (1990). Yeah, I don't know what to make of either of those projects except to shake my head again. 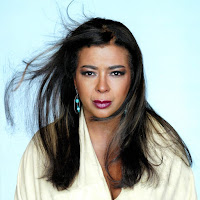 Having spent this time wondering what could have been, perhaps it is fitting to rethink this as an exploration of what Cara gained by peaking too soon. She lived to see how others benefited from her journey and that her struggles had not been in vain. I hope that as she watched those others flourish in their careers, she felt some solace that her fate would not befall them. I want to believe that whatever lingering bitterness had faded, so what remained was appreciation, as can be heard on this duet with Mariah Carey. That instead of regarding the remakes of her iconic work in Fame (2009) and Sparkle (2012) as attempts to erase her legacy, she embraced them as tributes. Movies and record sales can't make someone who was born to shine into a star.

Last year when I was compiling the playlist for The Electric Company's 50th Anniversary, I totally forgot about Hard, Hard, Hard, one of the Short Circus numbers on which Cara sang the lead. I still recall a few of the lyrics that in hindsight were way too mature to be sung on a children's show. I mean, how were elementary age kids supposed to comprehend:

Ain't it the truth, but DAMN! And damn, Irene Cara belted that song out full throttle with no idea just how prophetic these lyrics would be. I wonder if she reflected on these words because nothing's easy in this life you see...

The secret, my friend is to give it your all
Sometimes you win and then life is a ball!

Rest well. We will remember your name.

Posted by Ayanna Damali at 1:31 PM