Of all of the chaos and havoc that we're processing during this pandemic, Chadwick Boseman's death is  incomprehensible. How is he just gone? 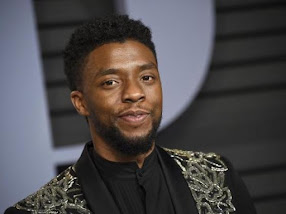 I didn't think I would have any additional words, at least none as eloquent and exquisitely beautiful as what was written on his social media account. I was struck by the word immeasurable and how more than any other adjective that I might consider, that remains the word that I will use when I think of him and the deep well of his talent. Immeasurable.

I found out about his death while I was driving home. I had just hosted a program that included a segment about the Black Panther Party, its origins, and the significance of that symbol. Of course, the character Boseman brought to life bears some slight resemblance to that political movement, but perhaps now we should consider whether it was more than coincidental that Stan Lee found inspiration from that same image. We should contemplate whether Boseman's transition at this moment is some kind of omen...or perhaps something else. It should be noted that his death occurred on Jackie Robinson Day (celebrated in August this year because of the pandemic) and that was the character that introduced us to his brilliance.

Before I delve into this notion that God is trying to tell us something, I must explain why this hurts so much. It hits after nearly six months of watching Death relentlessly claim our beloveds with no sufficient protocols for honoring their lives. It happens at the end of a horrendous week that began with another police-involved shooting, compounded by a mid-week hurricane, while in the background we watched (or purposely did not watch) that convention of sycophants blame our rage on grievances they refuse to acknowledge. Then late on Friday night, we learn of the unexpected death of our hero, our brother, our son, our friend. Our King.

If he is now gone, what hope is left? If he could move us to such grief, someone we only knew from the roles he portrayed on screen, then perhaps all is not lost?

I saw Black Panther once. I lucked up and got a chance to see it in NYC in a crowded theater at 10am, surrounded by young men who had probably already seen it a dozen times. Because it was not during the premier week, I missed all of the pageantry of seeing it with folks who had waited their entire lives to see a Black superhero onscreen. I've had more chances to see his other big films, including Marshall which, when it came out, made me wonder whether this brother was a little too serious about being the go-to respectable Black man (just a shade different than being the magical Negro). Even his portrayal of  James Brown had that whiff, because biopics are built around those who are larger than life.

But what else was he supposed to do...he was a star. I know he had a working actor's career before he took on Jackie Robinson in 2013, and I'm pretty sure that he was stellar in every one of those supporting roles. But he was a star, and that is something that was discovered and nurtured in him by Black acting royalty, Phylicia Rashad and Denzel Washington when he was in college. Had he come out of Julliard or Yale, perhaps that kind of recognition would not seem as unlikely, but he came from Howard University where the road to mainstream success was less assured. Still, he ascended to the top where his light shone immeasurably. 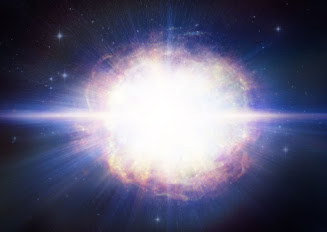 There is an astronomical phenomenon when a star explodes called a supernova, so in this instance that is the analogy that answers my entreaty to God: what are You trying to tell us in taking Boseman at this point in his short, but brilliant career? How is it, Lord, that this vibrant young man with all of these beautiful gifts would die of a cancer that isn't supposed to kill people under the age of 50? How can we keep the faith that we will survive this pandemic, in spite of every indication that this world does not care about our collective demise, that though we are beautiful and brilliant, we still die too young?

The black panther symbolizes the resilience, perseverance, determination, and strength of a people that fight against the odds. It makes its appearance as the emblem of a political movement in Alabama's Black Belt that started in the aftermath of the voting rights marches in 1965 (this was the topic of my program on Friday night). When cornered, the panther pounces and fights. The gun-toting Black Panther Party for Self Defense garners popular attention around the same time that Stan Lee introduces his African superhero in the Fantastic Four comics. The evolution of the character, its history, and how that all come together for the film make for a fascinating read.

That Boseman will forever be T'Challa (because we will not stand for him to be recast) means that his story is now written into that narrative. To know that Boseman suffered to share his gift speaks to his character, but it also gives us hope. His heath challenges symbolize the racism we face--subtle then aggressive, and ultimately fatal if it is unresponsive to treatment. Yet, like a panther he did not back down; he pounced and created the beautiful body of work that we celebrate in the wake of his passing. Therefore, we must not back down either. So few of us ever get to inspire or touch as many people just by doing our job. Fewer still get to choose the conditions under which we produce our greatest work. If we are still here, then we have work to do, beauty to create. We must pounce.

Yet though our brother Chadwick is gone from this world, his marvelous light is not gone. It has been transformed. This world could not contain, nor dim, nor nor stifle that glorious incandescence. Our Black Panther lives in us now, so sleep well in Wakanda, forever.

Posted by Ayanna Damali at 4:39 AM