A Father's Day Tribute to My Dad

It occurred to me earlier this week that I rarely mention the existence of my Dad on this blog...and just in time for Father's Day, I need to remedy that. For all who might not know, I have a living father, we are close, and I am extremely protective and proud of him! 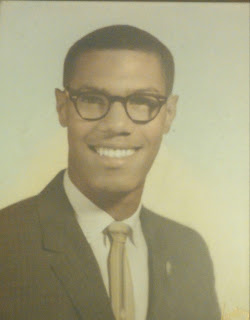 My mother has been an over-shadowing figure in my life for a lot of reasons, some of which I have addressed here as we have traveled on this journey through Alzheimer's disease. Ironically, I was working on a piece about caregivers that would have been pretty much all about my Dad, which I intend to finish, but I wanted to write something more lighthearted first.

So let me start with offering how my Dad often demurs that my Mom was the more present parent and how his absence during my formative years makes it difficult for him to be of much assistance to me now as I navigate parenthood. Well, that is just a convenient excuse. It isn't like he was totally missing in action during my toddler years, since I have a brother who is three years younger than me, but yes, it is fair to note that he was preoccupied with graduate school. So my Mom did handle all of the day-to-day parenting stuff like feeding, bathing, and clothing us. And I had grandmothers, aunts and cousins around who were not interested in permitting his active involvement. It was the 70s for heaven's sake.

By the time my youngest brother was born in 1980 and fathers were encouraged to be more engaged, my Dad still had the excuse of school to keep him sufficiently detached. But I still have a pretty good memory, and there were specific occasions when he took us on solo trips to events and activities, so he cannot claim that he was totally uninvolved. He enjoyed the luxury of being surrounded by a close-knit extended family that made it unnecessary for him to step in unless there was the need for strict Daddy-discipline. So his recollection isn't faulty, circumstances in those early stages were just very different.

Because in truth, my Dad was around and involved and present for plenty of our milestones. He was the one who pitched a tent in the basement to allow us the experience of "camping out" when we were kids. He was the one who played with us in the sand at the beach and even waded into the murky waters of the Chesapeake Bay with us. He was the one who taught us how to ride our bikes. He was the one who faithfully took us to Sunday School with our grandmother. He is the one who drove the van just at the speed limit so that we arrived on our college campuses safely. And he paid our tuition bills from middle school on and refused scholarship money that he thought would be dishonest for us to accept since we weren't Catholic. So to suggest that his role in our lives was ancillary is an inaccurate re-envisioning of our family history.

My father was there. He made sure that I enrolled in STEM-based summer enrichment programs back when no one was all that concerned about STEM. He bought me a computer and connected me to the internet back when the only folks who had access to that type of stuff were the academics or the military. He made me listen to jazz and NPR whenever I rode with him, which was often enough that now I listen to both jazz and NPR whenever I drive.

He took a back seat to my mother in the sense that he didn't cook or clean or buy our clothes or do any of the stuff that mothers typically did. But he did the stuff that fathers do, like attending my dance recitals, going to my youngest brother's basketball games, and beaming with that father-to-son pride when my brother took up playing the trumpet (like Daddy did in high school). He is proud of the fact that his sons attended his high school alma mater, and I think he would be proud if they decided to join his fraternity. He is happy to finally be a grandfather...even though he is more like his father which is to spoil them through his actions and deeds, not through affection and stuff.

And he is a devoted husband to our mother. He has been present for her by being there and caring for her as best as he can. He retired to be at home to care for her. His life revolves around her care.

I know a thing or two about absent fathers from my law practice, so my Dad is wrong about not being as involved in our lives. An uninterested father doesn't stay up all night with his procrastinating daughter to make sure that she finishes a ridiculous homework assignment. An absent father doesn't build the world's most complicated science project for his sons and then keep it intact for 25+ years. The distant, detached father doesn't take care of the family dog that he didn't want for years while we each went away to college.

I guess I can forgive him for not offering to change any diapers. But he will throw them out for me, so that is something. 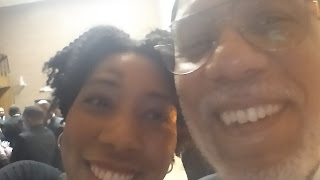