Salty Pretzels: Over the Rainbow

It is barely the middle of June and I am already over all of the fake pride on display. This is not a statement of intolerance or homophobia, but a deep eye roll against the corporatization of rainbows and #Pride as a retail commodity and marketing tool.

I got triggered by a recent trip to Target with the Kid. Our intention was to buy her a pair of water shoes and some household items. While we were in the shoe section, I spotted a display of merchandise that was set aside to honor Pride Month, and well...this shit was beyond atrocious (no, I did not misspell shirt). Then I saw this and some shampoo in similar packaging and I just had to walk away.

Meanwhile, the Fourth of July merch is just waiting in the wings and the Back-to-School stuff is sitting on the trucks. Another day, another dollar.

I shared a version of this opinion on my personal Facebook page, but I knew that I needed more time and space to express my full annoyance. It's not just because half of that crap is tacky (and that is not up for debate). It is just typical that 'acceptance' is being exploited as an excuse for companies to chase rainbows to the mythical pot of gold. A marketing strategy is not a movement strategy.

The last thing we need is a repeat of the cultural appropriation that has assimilated Black and Latinx culture, yet denies our equality. As the saying goes: some folks love our rhythm, but ain't interested in our blues. If your support of LGBTQ civil rights goes only as far as the ROY G BIV designs on your clothes, that is exactly the same as listening to hip hop while waiting for your drive thru order from Taco Bell, just before heading to a rally in support of building the Wall.

Ironically, my agitation was fed by the awakening I experienced while watching the season premier of POSE. Thanks to my current obsession with all things having to do with THEE Billy Porter, I was primed for the return of the show. But I was not ready for the education I got in just the first five minutes! I won't spoil anything, but let's just say, it prompted some soul searching. 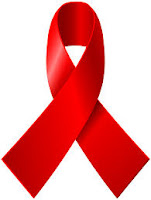 Because by 1990 where the show resumes, I could not claim youthful naivete as an excuse for my blind spots with respect to the HIV/AIDS crisis. I had just graduated from my all-girls' Catholic high school where I had received comprehensive sex education...enough to know how to prevent pregnancy and to avoid contracting STDs. What I didn't grasp was the insidious message that exposure to HIV/AIDS was the ultimate consequence of carnal sin via pre-marital, unprotected deviant sex. Subsequently, my college activism in the name of awareness was on behalf of my community of heterosexual Black women, and I never gave much thought to the devastation wrought by the disease in the gay community.

But being an ally requires so much more than sympathy. It requires more than wearing a rainbow romper to the local drag brunch. It requires that I actually take to heart some of what I learned by watching the season premier of POSE. Because I can't celebrate the fabulous-ness of gay culture without understanding that living free exacts a higher toll than most of us are willing to acknowledge. Too many people paid with their lives so that the rest of us could sing along clueless to the opening song of RENT.

So no, I don't care that the minimum wage workers at Chick-fil-A are more polite. As long as the company's CEO continues to support anti-LGBTQ candidates and policies, I won't eat there. Anheuser-Busch can put rainbows all over their packaging this month, but they are still members of the American Legislative Exchange Council (ALEC). That organization has lent its support to various anti-LGBTQ initiatives including the right to discriminate on the basis of religious freedom. And I don't know why folks continue to sue this guy, when the goal should be just the opposite...to put him out of business. I promise, there are other bakeries in Colorado!

Trust, there are companies that want LGBTQ business 365 days a year. Of course that includes the fashion and cosmetic industry, even though some designers have gone above and beyond the boundaries of good taste this year. Subaru and IKEA were trailblazers in the 90s, along with Absolut Vodka. So this is not a criticism of those brands that are consistently visible beyond the month of June. Nor is this shade intended to overshadow the progress that some brands are making towards better inclusiveness. We've all got to start somewhere.

But there is a line between support and commercial exploitation and I would rather be guilty of being too surly and bitchy than being fashionably fake. I had a similar awakening about these drinking holidays and awareness months...but if the world needs fried chicken in a special pink bucket, then at the very least, the proceeds from the sales should make mammograms more accessible. For all of the tequila and guacamole that gets consumed on Cinco de Mayo, there should be more than enough money raised to fund reunification efforts for immigrant children and their parents. I can make worthy cause recommendations for every holiday and heritage/awareness month. If these companies are really committed to supporting the LGBTQ community (and these brands including Target plan to make donations to worthy causes), then maybe I can eat these rainbow sprinkled pretzels with a little less salt.
Posted by Ayanna Damali at 7:36 AM