Once upon a time, back in the day when I was a cynical newbie to blogging, I wrote this piece for Black Music Month...and not too long ago, I finally found a hard copy of that lightening-in-a-bottle piece I wrote nearly twenty years ago for NetNoir. My how things have changed.

First of all, both were somewhat painful to re-read, not because they were poorly written, but because I thought I was so funny and clever. What the heck did I know about anything before I was 35 years old? And how could I have known that contrary to what I said about J. Lo (#29), that she would reinvent herself like Madonna and still be dancing her ass off at 50? Or that my Kid and I would be jamming to the very type of hybrid song I dissed at #41? At least I was right about R. Kelly's sick azz (#8).

And while I will not attempt to go line-by-line to refute or high-five my past opinions, I will say that my stance on Black Music Month has changed. A lil' bit. I still think the BET Awards are whack, but I don't think that I would have nearly as much appreciation for certain veteran artists if not for shows like Unsung. (How else would I have known that I was right about Adina Howard, #33?)

In those early days of opinionating on Al Gore's internet, my position was that popular R&B music had jumped the shark. In 2001, I wrote that it was dead in response to my younger cousin's reenactment of the Lady Marmalade video, in addition to what was getting constant constant radio and/or repeat play on MTV. When I reiterated that sentiment in that 50 Reasons piece four years later, something else must have annoyed me. Whatever was the cause, it must have been before the Dap Kings elevated Amy Winehouse from just another troubled kid to bona fide soul singer. It was definitely before the release of Dave Chappelle's Block Party (but probably after his infamous meltdown and South African retreat). And now I'm trying to recall whether this was written before my girl from dance class hipped me to the Foreign Exchange.

Nevertheless, it was my disappointment that while Jill Scott was out there living life like it was Golden and Anthony Hamilton had told us where he had been Comin' From, I was hearing more from lesser talents. They were sucking up all of the airtime which made it nearly impossible to discover different voices (and this was before Three 6 Mafia won that doggone Oscar). In hindsight those pieces were my declaration of independence from what the industry was telling me that I needed to hear.

For this Black Music Month, I am excited to debunk my own past thinking with respect to the current state of R&B music. I am elated that Beyonce broke the internet with Homecoming and that Donald Glover is out there terrorizing white folks as Childish Gambino (and people of color as Teddy Perkins). But I am just as encouraged that NPR is giving exposure to diverse R&B voices with its Tiny Desk Concerts and that venues like City Winery and concepts like Sofar are providing spaces for showcasing their talents. 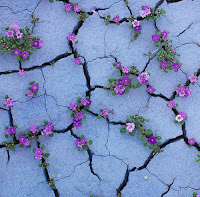 Like the flowers that find ways to bloom in concrete, great music will find an audience. For instance, it was Pandora that introduced me to Anthony David, an MTV spotlight that brought Corrine Bailey Rae to my attention, and my daughter's singing along with Leon Bridges on Sesame Street that piqued my curiosity about him. As often as I keep saying that I am not a music critic, it is because I have a decent ear that allows me to determine what I like and maybe express a few reasons why something appeals to me.

This year marks the 40th year of Black Music Month, so in the spirit of commemoration, I am planning a series of pieces that will: (a) catch up with a few artists; (b) pay homage to a number of legends; (c) discover some new voices that deserve attention; and (d) make amends for a couple of past misjudgments. And I will start my amends by acknowledging my ignorance of how this month was designated. It was in 1979 that President Jimmy Carter issued the proclamation, but it was not until President Bill Clinton signed it in 2000 that Black Music Month was officially recognized. Under President Barack Obama, the month became known as African American Music Appreciation Month, a designation that has continued with the current President. The idea to honor the contributions of Black musicians and artists originated with legendary Philadelphia producer Kenneth Gamble, radio personality and music activist (also Gamble's ex wife) Dyana Williams, and DJ Ed Wright from Cleveland.

Finally, I am willing to revise my opinion in #47 because some of my favorite artists have done some excellent remakes (#15). And yes, it was mean to say that about Stevie (#32), but I am not budging from #21 because the Black Eyed Peas still suck (and wil.i.am only deserves partial credit for Yes We Can).
Posted by Ayanna Damali at 10:58 AM