If Black Lives Matter, then why they don't matter to us?

For weeks, I have been seeing some version of that sentiment expressed within private Facebook groups or on the pages of friends, posed in response to the tragic news of more violence and death within a Black community. More often than not, the code name invoked to inflame the passions is Chicago. 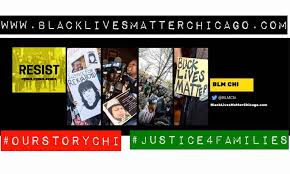 Chicago. Where one million Black people settled from the deep South to escape Jim Crow in the early 1900s. Where working-class immigrants and Black Pullman Porters founded unions to petition for better wages, hours, and working conditions. Where social reformer Jane Addams and civil rights activist Ida B. Wells-Barnett met. Where Mamie Till-Mobley exposed the world to the brutality of unconstrained racism through her son's open casket. Where the election of its first Black mayor made anything seem possible, such as the election of the first Black woman to the U.S. Senate. Where a community organizer launched a national movement for hope and change.

Chicago. The city founded by a Black trader named Jean-Baptise-Point du Sable in 1780. So it is a sad irony that this great city has become synonymous with the idea of Black carnage. That on a daily basis, someone posts an article that tells the sad story of multiple Black lives lost to gun violence. That some disingenuous public official uses those accounts of casualties to evoke images of a dangerous, lawless urban wasteland. That even well-intentioned but frustrated Black folks whisper among ourselves, if Black lives don't matter in Chicago...

Well, I am here to offer the counter-narrative to declare unequivocally that Black Lives Matter everywhere, all the time, even in Chicago. Especially in Chicago, where our ancestors made that pronouncement more than a century ago by their arrival in that city by the thousands in search of a better life. Because Black lives didn't matter in Mississippi, Louisiana and Arkansas, your great-great-grandparents left. Even when they arrived and were warehoused in the tenements and alleys of Bronzeville (on the South Side), Black Lives Mattered, demonstrated by their insistence to bloom as roses in the cracks of concrete. When they set about the business of founding churches, benevolent societies, fraternal affiliations, suffrage clubs, and other charitable and civic-minded organizations, their work was to establish the permanent roots for Black Lives to Matter for future generations. Black business enterprises that were founded in Chicago serve as a testament to how much Black Lives still Matter.

So I rebut the problematic question by asking the following questions:
Do you see the pattern? If you treat people like they don't matter, then they will act accordingly. Children who are constantly told that they will never amount to much seldom do. Adults who are constantly discouraged by circumstances beyond their control become determined and resolute to guard what little they do control with their very lives. Urban poverty, which for many people is generational and intractable, is regarded as a personal, moral failure whereas rural poverty (also generational) is almost lauded as noble. Both conditions are the result of systemic policies that were designed to maintain strict class divisions. Yet urban poverty in the modern era has the added pre-existing condition of racism.

Just for the sake of argument, it isn't as if Chicago has never been the epicenter of crime in the past. Prohibition was a particularly violent era, if one considers the Saint Valentine's Day Massacre as an example. Al Capone was a notorious gangster, but that didn't stop Hollywood from releasing six (6) movies and counting in homage to his criminal reign of terror, beginning with Scarface released in 1932 (right after his conviction for tax evasion). And let's not forget that the Broadway play Chicago is based on a 1926 Jazz-era play about the murder of a man committed by his married lover, Roxy Hart, the heroine of bored housewives...

But please, go on and tell me how the glorification of Black gang culture influences our children to kill...

None of that gets to the point of answering the question of how we convince ourselves that Black Lives Matter, even in Chicago. I readily admit that this response offers no great panacea. To suggest that we are not sufficiently outraged is untrue. We are. Every life taken leaves behind a mourning mother whose tears chill my blood, break my heart, and wound my spirit. Yet, as I have responded to those who have posed the question (and to borrow a metaphor from another friend), I am going to do my best to throw as many starfish back into the ocean. I will continue to work with my church, my sorority, my alumnae association, and through this blog. I will continue to teach our history in and out of the classroom, and hope that a few of my readers/students are inspired to do something substantive. And if I need to march in the streets, I will do that too.

I will never accept the narrative that Black Lives don't matter to Black people. Not even on my dying day. Do not dismiss my resolve as naiveté. I know that the re-education effort requires us to break through layers of entrenched self-hatred and despair. I won't accomplish that in one setting or in one singular post about a city that I've only visited three times in my life. Nor do I advocate that we grant a perpetual forbearance for sociopathic behavior. Unlike police shootings, we don't take to the streets to demand justice because we know that there will be some measure of accountability. But if we need to be more visible in the streets to prevent these tragedies, then we'll do that.

We will do whatever it takes, but with love. I am sure that there is some struggling nonprofit community center on the ground that could use an angel investment to continue its work. There is a job training center that needs more equipment, child care centers that have needs, and mentoring programs that need more volunteers. Tell us where the needs are greatest and we WILL show up. And if we cannot be there physically, we will pray--for those who are hurting, for those who mourn, for those who are thinking of doing harm, and for everyone who must carry on.

Instead of asking us rhetorically if Black Lives Matter in Chicago, ask yourself that question for real. Do the Black lives in Chicago (or Atlanta, Baltimore, Ferguson, DC, Louisville, Minneapolis, New York, insert any city the President has disparaged) matter to you? Because if your knee-jerk response is a deflection or the counter offensive All Lives Matter while you refuse to wear a mask, then you don't have the moral superiority to suggest that our actions against one another permits America to deem us as unfit to live. You don't have that right. Because if you just shrug, point to Chicago, and then go back to your golfing...#BeBest

We've got work to do.