Queen of the Damned

I was just scrolling along, minding my business,
when under an overcast cast sky...
Flash, Bam, Alacazam! Caitlyn Jenner--oh my! 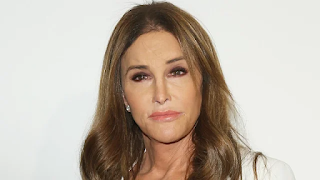 Hey look, I am not much of a songwriter, but if you know the ditty by Nat King and Natalie Cole, then you may already know about the tweet to which I am referring. It's the one where Jenner claims she will cancel 'cancel culture' and wake up the 'woke' (neither statement makes any sense), if she is elected Governor of California in this recall.

In the aftermath of the Trumpacalypse, I know many of us are just content to observe the insanity from a safe distance. And whoo chile, this is cray cray for real. Because some of the same folks who wouldn't want Jenner to use the Ladies room at their local Walmart are out here on Al Gore's internet cosigning her foolishness as if they didn't introduce and vote for laws that would bar her from competing in the decathlon if she were 45 years younger (and wanted to compete as Caitlyn and not Bruce, who won all of those gold medals). Are you still with me?

Yeah, that bish. Queen of the Karens (because I respect her truth and her pronouns).

This is just par for the course. As a transitioned woman with the accompanying privileges and cattiness, Caitlyn is just being the Karen she always knew herself to be. She is even more Karen than her ex-wife Kris Jenner, whom I am convinced is somewhere in the background, cheering Caitlyn on as if this is another propagated cutting from Keeping Up with the Kardashians. Because damn if Kris Jenner is done promoting the hell out of her dysfunctional ass family just because they are divorced...

Yes, Caitlyn Jenner is thee most Karen of all the Karens, and the easiest way to explain why/how she out-Karens them all is to first settle how this would be a different conversation if she were still Bruce. Bruce Jenner seeking public office would have been the kind of Arnold Schwarzenegger I-married-a-Kennedy-so-I-am-qualified-by-marriage energy that earned him the title of the Governator. As Bruce, all we need is a continuous loop of him running that triumphant lap towards the gold medal, draped with an American flag and people would buy it. I don't live in Culifornya, so I can't credibly judge, but y'all like celluloid heroes in the Governor's mansion. If they aren't actors, then they come directly from central casting, so why wouldn't Bruce have had a credible shot?

However, as Caitlyn, this vanity candidacy is exactly the kind of Karen shit that we hate. When her demands to see the manager do not result in a change of policy that bends in her favor, she vows to make him pay dearly. What better revenge than to take his job?

"I will run for Governor," says Karen Caitlyn Jenner, "because how hard a job is it?" Make a few speeches, sign a few edicts, cut some ribbons, and get those Restylane fillers on the taxpayer dime (because we know that Kris J won't let her touch any of their daughter Kylie's billions). In fact, that might be the other reason why she's running...this global pandemic knocked her daughter off the Forbes' Billionaire list. Mummy Bear is displeased that no one needs as much makeup to wear around the house as she does, so in addition to one-upping Kris now that her long-running reality show is almost done, Caitlyn can try her hand momaging. (But again, who are they kidding, since Kris J would be all up in the Governor's mansion if Caitlyn wins--four more year$!) 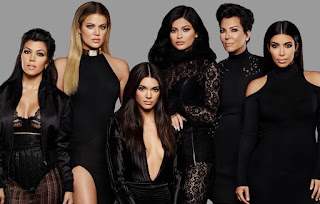 Let's put a pin in that, though, because Caitlyn deserves to be judged in her own right. She is the one who is out here tweeting Dr. Seuss tongue twisters as if it is policy that a governor has the power to enact. Yes Ms. Jenner, maybe you can cancel and wake up folks once you are the Governor. I mean, if Andy Cohen won't return your calls, then show him who is the Queen B by cancelling his California Housewives. I can't come up with a snarky response to waking up the woke other than a zombie reference, and I've never watched The Walking Dead, so I will just wait to see what that is supposed to mean. The point, if you think you have what it takes to run the state with the world's fifth largest economy in the fourth quarter of a global pandemic when you have NO idea what it means to be an essential worker, then you go girl!

If Donald Trump could play President for four years and it made him and his children millions, Jenner can play the caring, involved mother and avenge her baby girl's financial losses. When she laments the devastating impact of the pandemic on the economy, it is personal. We lost interest in the Jenner-Kardashian clan because we were all just trying to keep up with our own frantic lives. "Well enough of that," declares Caitlyn in her most Karen voice, "because I need my mocha soy latte and my dogs need their organic non-GMO food, and this social distancing thing is just way too inconvenient." And do not get her started on how hard it is to find a mask to match all of her outfits.

So now let's turn to the hypocrisy and farce of Jenner being treated like a credible candidate at all. Maybe she isn't, and the media just needs something sensational to stay busy until Sharknado returns. Given the opposition in various parts of the country to the civil rights of trans people, how has she not been written off as a joke? In this highly polarized political climate in which there are bathroom bills and restrictions on athletic competition that are blatantly discriminatory, Caitlyn Jenner (a former male Olympian) is being taken seriously. Seriously???

It's California, so why not? We shrug and giggle, then the Senate votes to block the commission that would have investigated the January 6 Capitol Insurrection. And among their ranks is the guy who welcomed the insurrectionists; the guy who decamped to Cancun during a statewide power outage; the former college football coach who'd rather be fishing; and Lindsey Graham. They all have some kind of political experience (except for Tuberville who is just an idiot). Jenner's most recent high profile gig was on The Masked Singer. But because this is a democracy, notoriety and stupidity aren't disqualifiers for public office, nor is the unbridled need for attention, which is something Jenner clearly craves. 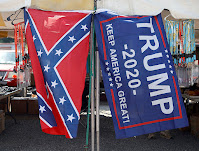 Lest we forget, the Ahnold and the Donald both began their political careers with the same kind of wondering aloud on a hot mic about their political ambitions. I'm sure that for every celebrity-turned-politician they all haven't been disasters, but I'm not a betting woman. Plenty of career politicians are equally disastrous so we take the good with the bad at every election. The problem is that this has gone way past the point of being mildly entertaining.

And should I be accused of being racist or sexist in speaking out against Jenner's hubris, then so be it. She is a Karen who has taken Karenism to even more egregious levels of gall. She is playing the aggrieved white lady and the has-been white hero guy tropes to the max, and the media is eating it up. On top of that, she is dismissive of harm that is being done to the LGBTQIA+ community (very similar to the Stockholm syndrome that keeps certain Black conservatives trending on Twitter on a regular basis). We once laughed at the prospect of a Governator, and you can ask Hillary Clinton how it felt to lose in 2016...are we ready for what Jenner could unleash if she won?

Do us a solid and do not give this woman anymore attention. Do not inspire anymore D-list celebrities  or former athletes to believe that their vanity is worth more than the real people whose lives their antics will impact. I don't care whether our political views are the same or not, I care that too many posers get into office to draw attention to themselves for the sake of notoriety and the result is The Squad versus the Disgruntled MAGAs in Congress. Or worse, a global pandemic that got out of control because the con man game show host refused to support his scientists and wear a mask. Caitlyn Jenner hasn't even been successfully canceled (yet), and nobody in her orbit is woke, so what can she offer that some conservative local elected official from Orange Country cannot? (Or why do they need to recall the Governor again when an election will take place in 2022?)

To clarify, I have no issue whatsoever with Caitlyn Jenner having opinions on political matters, or even expressing them. This really isn't about whether we agree or disagree; this is about whether her candidacy would serve the people of California. In other states across the country, a lot of current office-holders get their start in local politics as a second or third career, so perhaps this is her second act. But most of those second and third career politicians start by learning the ropes--they pay their dues in some down-ballot office. The problem with celebrity candidates like Jenner, Schwarzenegger, Trump, Jesse Ventura, Dwayne Johnson, Matthew McConaughey, etc., is that they assume that the power of their name and their ego is enough to justify mounting these high profile campaigns.

Another woman in this same scenario would not get as much attention as Jenner (or it would be the wrong kind of attention). Nor would any other person of color except The Rock receive positive encouragement (and I know this from observing responses to LeBron James's activism). As we know from Gary Coleman, there are fine lines that distinguish notoriety, sympathy, and outright ridicule at this stage. Not sure which line we are walking along with Jenner, but if her politics were not conservative, I doubt she would have gotten a sit-down with Gayle King. There is a lot we as a society are learning about trans identity, so my gut tells me that this initial publicity blitz is based on curiosity and her notoriety. But once the novelty wears off, who has time for Jenner to learn on the job? Or for her to be managed/influenced by the special interests that see her as a useful idiot for serving their agendas?

Caitlyn Jenner for Governor of California is Oswald Cobblepot for Mayor of Gotham...and allusions to her as a demented circus ringmaster are purely coincidental. Therefore, if I might make an alternative proposal, Caitlyn and Kris need to stop all of this foolishness and pitch a better reality show idea. It's way past time for a re-booted Battle of the Network Stars (which Jenner could host) or an updated Laff-A-Lympics cartoon. I'm just putting both options on the table because I see lots of potential. Or here is an even more radical suggestion: instead of being the Karen who deigned to fix California, be Caitlyn the Olympian, trans-activist trailblazer whose bold journey to her truth helped to pave the way for others to find theirs.

Posted by Ayanna Damali at 5:33 AM