Yes, I'm talking to you:

And you (even though it was your neighbor who called the police):

And yes, you too: 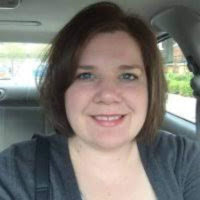 Who else am I missing? And does it really matter because you already know where this is going.

STOP CALLING THE POLICE! Stop stoking racial tension where there isn't a need. Stop being so doggone fragile. Stop escalating petty shit into real life drama that might end up with someone getting killed. Which you know it will since that is the very reason why you wield it as a threat--because the very act of calling the police manufactures a confrontation akin to crying wolf in a forest, Little Red Riding Hood!!!

I am not calling anybody a name even though I swear it is taking a lot for not to go there. Because I have friends who are indeed allies and I hate to use a term that essentially reduces every white woman into a category that assumes we are polar opposites. That assumes deep down, old narratives will always serve to divide us and make us not trust each other. That will always put me on the outside, cast me as the "other", that black girl...

And that is also why this pissed me off this morning, so yes, you get an honorable mention:


Because for every reason why you thought this was okay, it wasn't. It isn't cool that you have sprinkled in women of color in a show of token solidarity, but not really since the very first black woman who appears on screen is about to wet nurse a WHITE BABY! And the Indian woman who just appears for whatever reason...along with the other three women of color (yes, I counted) of indistinct ethnic identity. Do you not see how that is...