When the Trolls Come Marching In

This is really a public service announcement aimed at anybody who has issues with interracial relationships.

Stop it. Mind your business. And if it is that serious that you've got to declare your hatred by refusing to shop somewhere or watch a particular show or listen to a certain artist's work, then fine. Keep your feelings to yourself.

It is 2018. It is not 1918. Or 1818. Or 1718. Or 1618...you get the point. But I assure you, folks have been inter-marrying long before we came up with a fancy offensive word for it. In 1618, Pocahontas was married to John Rolfe. In 1718, New Orleans was founded by the French, and you might want to research the gens de couleur. In 1818, Queen Charlotte of Mecklenburg-Strelitz died, after having been married to King George III of England for 57 years. But if you don't want to believe the stories about her African bloodline, then just know that across the pond also by 1818, Sally Hemings had given birth to seven children fathered by Thomas Jefferson. In 1918, boxer Jack Johnson was living abroad to evade prosecution for his marriage to Lucille Cameron in violation of the Mann Act. Next weekend, an American actress named Rachel from Compton will be marrying Prince Henry of Wales.

Are folks still getting twisted over interracial relationships?

I saw an old 2016 advertisement on social media earlier where the trolls had expressed their displeasure over the depiction of an interracial family. It was sad and of course, we can all get upset about how these same folks also probably have MAGA hats, faithfully watch the Roseanne reboot, and sent their sons to march with tiki torches in Charlottesville last summer (ha, named for Queen Charlotte with the African bloodline...)

But I am also reacting to some of the backlash that I read online after last weekend when, after hosting SNL and releasing the most provocative music video in recent memory, it was revealed that actor/writer/producer/singer and all-around current It Guy Donald Glover has a white partner. And just like that, he's no longer that cool black guy anymore; he becomes just another brother who prefers white women (or Asian women, or Latina women, or whatever we are calling the Kardashians). With a question mark attached to his wokeness? 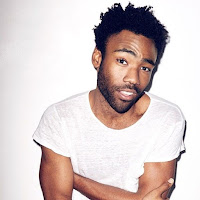 Yeah. We do that every single time we find out that the new black It Guy has a white partner. We did that with Jordan Peele. We did that to Jesse Williams when it was assumed that he had left his black wife for Minka Kelly. We wrote Cuba Gooding Jr. off back in the 90s because of his white wife. We've been through with Terrence Howard and Wesley Snipes, and maybe we'll let Taye Diggs come back to visit. It's why we blame Kim Kardashian for ruining Kanye (and Khloe for nearly killing Lamar Odom).

And by the way, I am not picking on my sisters without pointing out that a very similar, but much more offensive conversation takes place when the partners are reversed. Black women who date or marry non-black men get branded as bed wenches. I suspect the term gets a lot of use in hotep forums where educated black women get criticized for being childless and self-sufficient.

Many years ago before folks became too polite to say anything directly to me about my husband's ethnicity, there were a few sideways statements made about my inability (unwillingness) to find a "suitable" black mate. People thought it was cute to Latinize his name even though it really is the Anglo version. And even if you didn't know that my husband is Puerto Rican, you definitely know that I am black...

But this isn't about me, it is about the ignorance people seem so comfortable with expressing, whether in terms of their own narrow prejudices or lack of knowledge. I don't have time to care about the trolls and hoteps because anyone who is too stupid to accept that there is no such thing as racial purity doesn't deserve my attention. But I do have concerns that we have found yet another means of distracting ourselves through petty over-analysis of other people's lives.

For example, would these same folks question the wokeness of Frederick Douglass because of his parents or his choice of partner? A few paragraphs earlier I highlighted two notable interracial relations from 1818, which also happens to be the year Douglass was born to a slave mother impregnated by her white master. Later in life, his second wife was a white woman named Helen Pitts. Did his white father or white wife make him any less of a powerful voice for civil rights? Would we question the wokeness of Lorraine Hansberry, married to editor and producer Robert B. Nemiroff, when she wrote A Raisin in the Sun? What about Alice Walker, August Wilson, Sidney Poitier, Nina Simone, Maya Angelou, Harry Belafonte, Amiri Baraka, James Baldwin, and Thurgood Marshall?

So again, I ask, are we seriously questioning the woke credentials of someone based on the parents who raised them or the person who sleeps with them? Are you sure you aren't the one who needs to wake up? 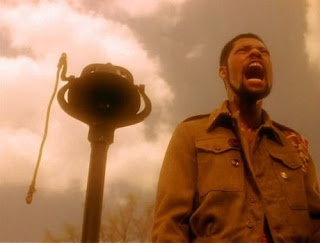 Posted by Ayanna Damali at 6:28 PM

Email ThisBlogThis!Share to TwitterShare to FacebookShare to Pinterest
Labels: distractions