I thought I was done with this Starbucks matter, but thanks to Megyn Kelly and the fact that I lingered a little too long on NBC after the end of the TODAY show this morning, you get a another cup on me.

It was a five to seven minute segment that included Jenna Bush Hager, Stephanie Gosk, and Amy Holmes seated around a table on Kelly's set. It would have been more perfect for each of them to have had a coffee cup in front of them, but you can use your imagination to get a gist of the scene: four friends taking a quick break after dropping the kids off at school, engaged in idle chit-chat about family, political correctness, and having to forgo that afternoon cup of coffee.

Not because this incident resulted in two men being arrested and held in jail for eight hours for no real crime. Not because the police were called allegedly within minutes after the men sat down. Not because the other customers in the shop loudly protested and videotaped the encounter. And certainly not because this ever would have been an issue for any of the four women seated at that table.

No, it was because there is the unspoken expectation that establishments like Starbucks should be safe havens for the Megyns of the world who wish to avoid interactions with homeless people in the bathroom or two budding entrepreneurs who were loitering at a table without placing an order. I mean, there have to be policies and procedures in place to protect the $5 coffee crowd from being exposed to such undesirables, right?

A few hours after that coffee talk, Roseanne Barr lost her rebooted TV show because of racist comments she made about Valerie Jarrett. Depending on your orientation, that may or may not have been a good thing (and I am not even going to comment too extensively on that because res ipsa loquitur) but perhaps we can start from there to put this Starbucks matter into its proper context.

On the one hand, there is an overt racist comment or action that reasonable people can agree is offensive, such as Roseanne's tweet. On the other hand, there is the argument that a commercial establishment should be allowed to enforce policies that may represent implicit bias. Potato/tomato.

And I guess I just immediately saw Megyn Kelly as a stand-in for the woman in Oakland who inspired a thousand memes. A self-appointed enforcer of rules that never apply to her. The woman who claims to believe in women's empowerment but refuses to call herself a feminist. Little Red Riding Hood skipping through the forest on the night of a full moon with a basket full of raw meat.

I am not surprised--this is the same Megyn Kelly who insisted that Jesus and Santa Claus are white. Of course she frames this entire Starbucks incident as two guys refusing to buy coffee instead of acknowledging the obvious. Kelly can't accuse the Starbucks manager who called the police of bias because that is precisely how she would have handled the situation. One of the rules of being accepted in certain spaces is the ability to blend in, and two young black men arriving early for a meeting, occupying a table, and then not ordering anything in the span of two minutes are potential trouble-makers. Look at all of the drama they caused by getting themselves arrested...

Ironically MSNBC will air a special on race to supplement the Starbucks race seminar today, and it was taping just as the news about Barr's show getting cancelled was being digested. One of the panelists is Valerie Jarrett, so I suspect that Kelly's show tomorrow will strike a conciliatory tone by offering a safe space for the remaining cast members to vent about well-intentioned white disenfranchisement. I predict that if Roseanne Barr is allowed to recover from this (Mel Gibson) then her apology tour will begin with an appearance on a show like Kelly's. Of course, that assumes Barr ever having the desire to seek redemption, but if she wants to whine about ageism/sexism, Kelly will be there for that too. 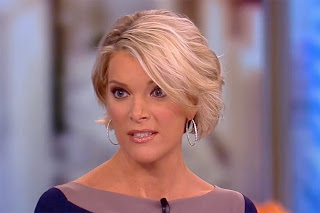