I don't recall if Sam Jackson '72 even called out Spike Lee's name initially because all I heard was 'Da House and the entire Spelman-Morehouse (SpelHouse) universe erupted in a Hallelujah/Amen chorus.

It was a beautiful moment. For those of us who have been salty with the Academy ever since Do the Right Thing lost to Driving Miss Daisy 30 years ago, and saltier since Malcolm X was not even nominated in 1992, and saltiest that 4 Little Girls didn't win for Best Documentary in 1997, this was a big exhale of relief. Instead of continuing to overlook his genius, which has been apparent for more than 30 years, the Academy finally bestowed an Oscar on one of the most prolific and unabashed film directors of our time. Sho'nuff!

In our SpelHouse Family, Spike '79 (only one name necessary) is our famous brother, our conscious and woke uncle, our crazy shit-talking cousin. He's that weird dude who was really quiet and observant during his freshman year, so no one realized how talented and insightful he was until he decided to step up and got recognized during his sophomore year. By junior year, people could tell whenever he had worked on a particular project, so by senior year, folks already knew that they would one day brag about having known him. He is so quintessentially Morehouse: a preacher, a businessman, a philanthropist, and arrogant AF. We claim him, we love him, we support him, so we ride for Spike in a way that most people just would not understand. (We also ride for Sam and John David Washington '05, and we dare anyone to say something!)

Of course a certain Petty POTUS did have something to say, so just wait until 2020, ya dig?

Spike's acceptance speech never mentioned the Troll King--he just exhorted people to turn out to vote in the next election. He paid homage to fellow Morehouse brother, the late great Bill Nunn '79, by invoking one of their most iconic character collaborations from Do The Right Thing, Radio Raheem, in urging voters to choose love over hate. He shouted out his other alma mater, NYU, specifically Tisch School of the Arts, where he earned his masters' degree and is a tenured professor. And he thanked his grandmother, Zimmie Shelton Retha '29, my Spelman sister who paid his way through school. 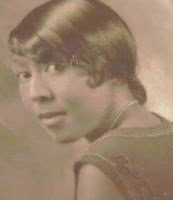 For all of the obvious reasons, the Spelman side of the family got equally emotional over that anecdote. As much as we love our Morehouse brothers and are always happy for their achievements and accomplishments, we bleed blue and ride harder for Spelman. The irony is never lost on us that there are many unsung Spelman Women who have supported Morehouse Men throughout our intertwined histories.

Nor do we forget how often our current successes were made possible by our praying grandmothers (matriarchs).

I learned so much from the examples they set. I learned humility and grace by emulating them. I learned the value and importance of education from their encouragement. I learned that there is honor in sacrifice from listening to stories from their youth. I learned practical life skills. I learned caregiving at an early age from helping to care for my paternal grandmother and from watching my maternal grandmother care for others. Despite the fact that they both have been gone for more than half of my life, their impact has been profound. 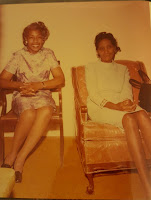 Grandma Hawkins was a dental hygienist. Grandma Wheeler was a nursing assistant. Grandma Hawkins liked to garden; Grandma Wheeler liked to cook. Grandma Hawkins only had one child, so she could dote on her three 'grands' as she called us. Grandma Wheeler had eight children and had ten grandchildren by the time I was born, but she never made any distinctions among us. Both were old-school Baptist Deaconesses who taught us to trust in Jesus, which we didn't learn how to do until many years later, so they stood in the gap for us. My grandmothers were Busy Black Women before I knew that was a thing.

In the Bill Withers song that gave this piece its title, he refers to his grandmother as someone he loved more than anyone at one time in his life, and maybe that is the other reason why I got so moved by Spike's tribute to his grandmother. Losing my grandmothers was painful each time, and in the years since they have been gone I have been acutely aware of their physical absence. It hurts not to have a grandmother's reassurance when life gets uncertain. But when Spike invoked his grandmother's name and spoke of her sacrifices for him, it dawned on me in that instant just how all of our grandmothers' hands shape us whether they are here in the flesh or in the spirit.

Those hands that worked in kitchens, in fields, in factories, in classrooms, and in segregated facilities. Grandma's hands, the ones that came home after a full day shift and started another one of cooking, cleaning, sewing, soothing, healing, and somehow managed to save the scraps and bits and pennies that allow us to be a little better off today. 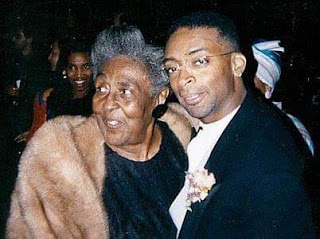 Posted by Ayanna Damali at 6:03 PM