Who Does She Think She Is?

I have been revisiting some themes from my past and updating old blog posts. One old post that came to mind in recent weeks is this piece from the Cafe, which I wrote after I saw The Devil Wears Prada at the movies. That was a full lifetime ago in a way, since I worked for the person at issue in that piece a full twenty years ago this month!

There is a lot I should say about that experience now that has been literally a lifetime ago and I am no longer bitter (especially since Devil has become one of my favorite lazy day movies). And maybe one day I will take the time to unpack the emotions of my 30-something self who was looking back on her 20-something self in reaction to a reality that my 40-something self now realizes set the stage for so much of who I am and have been in that span of time. But I will quickly dispatch that old piece by saying this: the Busy Black Woman exists, in part, because of the 50 weeks I worked for her.

I chose to open this piece by revisiting that old piece because of what I have been noticing in the media coverage of the women who currently serve in some powerful capacity--whether as Members of Congress, Governors, or as Senators with ambitions to become President. In one way or another, it seems as if there has been a concerted effort to minimize the accomplishments of these women in a manner that would be considered petty if the same standards were applied to their male counterparts. In subtle and overt ways, the question underlying all of this 'vetting':

Who does she think she is?

For example, any affiliation with the Ivy-League would be an asset for a man, but for a woman it becomes a gaudy piece of costume jewelry. Elizabeth Warren taught for 20 years at a certain highly coveted Ivy, but instead of it being lauded as an asset, it feeds this narrative of her as out of touch. Ignore the fact that she championed the creation of and headed the Consumer Financial Protection Bureau, because it is far more important to lampoon her mistaken belief that she had Native American ancestry. (Mind you, she did grow up in Oklahoma and it isn't as if half the Black people you know don't make similar claims.)

The all-American mythology of charting a path to success by hard work and determination is praiseworthy for men; for women, it is something else entirely. A woman who chooses to follow the traditional political path from prosecutor to public office like Kamala Harris did gets blasted as opportunistic. And because she put too many Black men in jail and married a white man, she's not Black enough despite the fact that she was raised in Oakland in the 60s and went to Howard University. Nah, she can't be Black because her Daddy, who was born in Jamaica and her Mama, who was born in India, didn't descend from American slavery...and at 54 years old, she has no idea what discrimination is.

Mean bosses can make life absolutely miserable, but so can allegedly nice bosses who can't figure out what they want. Thus, in order to be effective, it is the combination of staff who can do the job and having a boss who knows what h/she wants. Legions of men have been hard/bad/lecherous bosses, but let one woman show up with very definite ideas and opinions about how she wants things done, and she gets bad press that questions her ability to lead. Amy Klobuchar won't get to become President by being Minnesota nice (a lesson she probably learned from Eugene McCarthey, Hubert Humphrey, and Walter Mondale).

Bernie Sanders, Joe Biden, John McCain, Bob Dole, Ronald Reagan, Strom Thurmond and countless other men all held elected office over the age of 70. But Hillary Clinton lacks stamina because she had to take a few days off while battling pneumonia. Nancy Pelosi should give up all of the seniority she's earned and turn over her congressional leadership position to a bunch of youngins merely because they think she is too old and polarizing. Meanwhile, women are just getting bathroom parity in the U.S. Capitol.

Who do they think they are?

Governor Gretchen Whitmore (D) gives an important address about the State of her State (Michigan), but receives more attention for her dress. Reps. Rashida Tlaib (D-MI) and Ilhan Omar (D-MN) have their every word dissected for hints of possible sympathy for terrorist insurrection against the United States, despite the fact that both women are American citizens (Tlaib was born and raised here; Omar became a citizen in 2000). Rep. Alexandria Ocasio-Cortez (D-NY) is idealistic, young, brash, and outspoken just like any other ambitious 29-year old.

Who are these women, who have the nerve to be dissatisfied with the status quo? Who are they, women with the audacity to defy the conventional roles that other women have accepted without complaint? Where did they get the bright idea that they could disrupt the power structure? Who do they think they are and what are they trying to do? 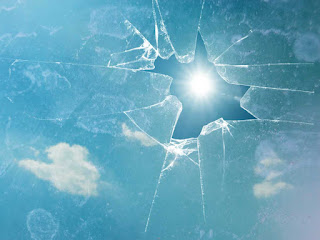 Posted by Ayanna Damali at 5:30 PM