I watched the film Bombshell (2019) last night and I was left almost speechless. So I tried to sleep it off, but could not, because it was just that disturbing. I wrote most of this while half awake and STILL very agitated (I'm editing now after a midday nap).

As usual, I missed this movie when it was released. I don't recall being terribly interested in the story of the sexual harassment claims brought by the likes of Gretchen Carlson and Megyn 'Jesus -is-white-and-Santa-too' Kelly against Roger Ailes. I guess I assumed it was a given that a network that treated women on camera like spokesmodels selling sports cars would itself be the hot tub of sexism. I knew that was a timely exposé given the wave of #MeToo claims by women in other industries, particularly Hollywood. I just thought it was ironic that of all the stories to dramatize, the one chosen to illustrate the toxicity of sexism in our society would feature a bunch of self-interested white women capitalizing on a hashtag that had been co-opted from a Black woman activist.

Yet, I chose to watch the movie because I have been on a binge of sorts, and as I opt for anything other than 24 hour cable news, I thought it would be entertaining, rather poetic, and almost a too delicious pot of irony calling the kettle sexist. In hindsight, I probably should have watched more MSNBC (instead I was up all night watching Sex and the City reruns)...

I won't spoil the movie in case you haven't seen it or plan to watch, but WOW. I feel like I have been saying this repeatedly over the course of the last four year or more, but sexism is the ism that we tolerate and it will be the ism that destroys us. That statement doesn't absolve racism or nationalism of their lethality, but I just need everyone to know that fealty to the patriarchy is just as dangerous and destructive.

But don't take my word for it. At our collective peril, continue to regard sexism as a less insidious form of bias. Sexism is what fuels the hatred and disrespect for Speaker Nancy Pelosi. Sexism is what was unveiled by the plot to kidnap Governor Gretchen Wilmer of Michigan. Sexism is why the acting Capitol Police Chief, Yogananda Pittman got a vote of no-confidence and is being held to account for the lapses in preparedness against the insurrectionists on January 6 (because her predecessor quit). Sexism is why thirty-three state legislatures have proposed new voter restrictions in response to the 2020 election because the face of increased ballot access is a Black woman. Sexism is how a certain boot-licking Senator from South Carolina can go on television and suggest that Vice President Kamala Harris could get impeached as a form of revenge for supporting a bail fund for Black Lives Matter protestors.

Sexism is what elevated a con man fake billionaire reality TV show game show host with no governing experience to the most important job on the planet. We could have lived through four more years of Hillary and Bill Clinton given that we brought back everything else from the 90s. But no... y'all wanted the 80s. So that brought us the ultimate Abominable Snowflake: a man who threatened a state official in Georgia to find or toss more votes; who summoned angry mobs to the Nation's Capital; who cheered on said mobs while they ransacked the Capitol; who then refused to call off said mob as they hunted for his Vice President to capture and possibly kill; and who denied access to the National Guard from a neighboring state. The man y'all just acquitted (again) for all of these actual high crimes and misdemeanors. 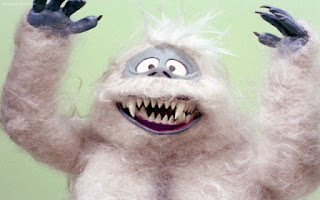 I said I wouldn't spoil the movie, but the plot of Bombshell centers around Roger Ailes and his 20 years of sexist shenanigans at FOX News. By the end, it felt very much like I had watched a dramatization of the last four years. Only the outcome was the classic stuff of Hollywood hubris--Ailes was taken down by mutiny. Gretchen Carlson's objective was not to bring down the emperor for his crimes against all of the women at her network, it was to bring him down for having demoted and humiliated her. She knew there were other women who had endured his harassment, but only got the courage to stand when her fortunes shifted. As for Megyn Kelly, coming forward was clearly part of her contract negotiations and her cheap shot of revenge against Ailes for making her play nice with Trump after he insulted her.

Don't worry--you will not feel any sympathy for these people. While you get the sense that the women who have remained at FOX are trapped, only a few of them appear to mind. The best depiction of Stockholm syndrome is when Kelly coldly informs one of Ailes' victims that no one at the network had a duty to protect her. That in order to become the next Judge Jeanine Pirro, Laura Ingraham, or the next ex-Mrs. Trump (because there is always an opening), the law of the jungle is to kill or be killed.

If there is such a thing as karma, then it has already dealt with Ailes, who died within a year of leaving his lair at FOX. Kelly's soft landing at NBC News was short-lived and Carlson is now doing documentaries for Lifetime after a controversial tenure with the Miss America Organization. But are those real consequences in the grand scheme of things when compared to the collateral damage done by their evil deeds or selective blindness to evil? Ailes was old and in declining health anyway. Sure, Carlson and Kelly no longer enjoy the perks of being the darlings of conservative media, but they ain't hurting financially. And the Frankenstein monster they created and unleashed, he who has metaphorically killed at least half a million people on 5th Avenue over the course of his four years in office and been acquitted of abusing his power twice? He lost his Twitter account...

I tossed and turned all night, agitated by the collateral damage left in the wake of these bombs bursting in and on air. In all of the years that FOX News has been selling alternative facts and narratives, the truth has always been manipulated or mishandled to serve the needs of weak men to maintain their vice grip on power. That much was confirmed in the first five minutes when the film concedes that Trump's ascension was useful to Ailes and the Murdochs. The real bombshell has very little to do with the individual details of what happened at FOX, or at Miramax, or on the Access Hollywood tape, or with whomever Justin Timberlake has screwed with his fuck boi tendencies.

The real bombshell is that a lot of what we see is subterfuge. Makeup. Lighting. Short skirts. Clear desks. Blond ambition. And even when women prevail or succeed in dismantling some hallowed bastion of patriarchy, we still get paid less.

Posted by Ayanna Damali at 7:33 AM