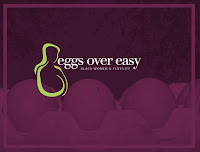 It took me two viewings to absorb everything that was being communicated in the documentary, Eggs Over Easy, which aired January 4 on OWN. (Now I remember why I missed Michelle Obama on black-ish :)

Normally, I would have just posted some quick thoughts on the Facebook page, but somehow I knew that I would feel compelled to say more. The stories of nearly every woman in my personal circle were represented in this documentary. (It helps that the filmmaker, contributors, and several of the producers are my Spelman sisters. Because if ever there was a community of Black women whose lives run the gamut of fertility issues...)

I have not been very public about my own fertility journey, even though I did share aspects of my story here a few years ago. And every year, I re-tell the story about the horrible weekend in August 2014 when I thought I had lost my pregnancy in its early stages, but how miraculously my daughter showed up in defiance of the data that indicated otherwise. I won't go into too much more detail here (since it is a story you can read for yourself come next August), and because I really prefer to focus attention on the documentary. It reaffirmed my strong belief that Black women's fertility, maternity, and overall healthcare outcomes are the result of the systemic failure to separate women's health concerns from politics instead of offering actual care.

In other words, abortion sucks ALL of the oxygen out of the rooms where these necessary conversations should be taking place. 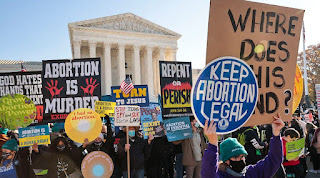 Next year will mark the 50th anniversary of Roe v. Wade, if it withstands the legal challenges brought by reactionary legislatures in states like Mississippi, Arkansas, North Dakota, Louisiana, and Ohio, among others. Due to the incessant attention paid to that debate, many of the other reproductive health concerns that women face garner less public attention. The only other women's health issue that generates comparable interest is breast cancer. If the primary health concern for women of child-bearing age is maintaining optimal reproductive health, then that should include an emphasis on preserving and enhancing fertility, treating the various health challenges that compromise fertility, supporting maternal health during pregnancy, and ensuring safe deliveries. Of course, there are a host of other health concerns that are significant and unrelated to procreation, such as cardiovascular and mental health. Then there are the economic realities of having access to affordable health care, secure housing, and reliable child care, but if ALL we ever talk about is the life of the unborn but not the quality of life for women and their families...

Not to mention, there are women, like many of my friends, who choose to defer having children until they achieve various milestones in life. The women who believe in attaining the stability of marriage and their own career. The women who face serious health conditions such as uterine fibroids, endometriosis, and polycystic ovarian syndrome (PCOS). The women who have reached the advanced maternal age of having more money but fewer options. There are so many women whose opportunities to pursue motherhood are limited by the types of jobs they hold and whether there is adequate insurance coverage or institutional support for non-traditional family structures. Those are some of the stories that were shared in this documentary.

One of the central truths expressed in this film is that having a child should always be a personal choice. Whether to proceed with an unplanned pregnancy or what to do if a pregnancy fails. Whether to subject oneself to the spectrum of hormonal birth control options or to choose a more permanent solution. Why do we make this so hard and why do we stigmatize any outcome that doesn't result in a woman embracing motherhood as life's highest honor? Especially since we penalize motherhood as well (another piece for another time). For when we frame the matter as a choice between the life of the unborn and that of a living woman, how is that not treating motherhood as a punishment for sexual behavior?

And how does that dichotomy serve women in those gray areas? Is the woman who chooses not to become a mother any less a woman?

That is a rhetorical question, but one that offers me a reason to share from my own story. Ten years ago, I had determined that I would accept not becoming a mother and had settled into the idea of being a PANK (professional aunt, no kids). However, my feelings changed when my Mom was diagnosed with early-onset dementia. I decided to look into adoption and fertility treatments. When I reached a particularly frustrating point in caregiving where I saw nothing else in my foreseeable future, I made the choice to pursue fertility treatments. My gamble was that it would be the least disappointing and emotionally involved of the two options, because if it didn't work out, adoption would still be available. Or I could resolve to lean into my anti-parentness. 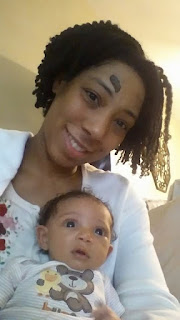 Of course, as you know, IVF was successful and I became a mother at 41 years old. Let me say that I never doubted whether I was already a full woman before getting pregnant, and since we're being honest, I can assure you I don't feel any more or less assured that gendered roles have any real merit in society. In my experience, women bear the brunt of caregiving, whether that is for our children or for others in our families or communities. Plenty of women who never had children of their own have been blessings to me by virtue of their generosity of spirit and wisdom. So let's dismiss this notion that womanhood and motherhood are interchangeable.

Instead, we must reframe the structure of the medical discussions that take place for women in their child-bearing years to offer a full buffet of choices that are honored and respected. It starts with comprehensive sex education so that 16 year olds aren't becoming parents before they are mature enough to handle the responsibility. For single women in their 20s and 30s, conversations about child-bearing shouldn't be conditioned upon marital status. It can be as simple as asking a woman if she ever wants to have children and then explaining her options. It was a shock for me to learn that single woman aren't even given full agency over their own fertility. Because I had been married for a certain amount of time and had not gotten pregnant, that raised a red flag about my fertility, although it took years until the issue was accurately diagnosed. So here's something else--we aren't doing any better about talking to men either unless the issue is about sexual function.

In light of these revelations and the fact that I started writing this a few weeks ahead of the annual Right to Life marches in DC (January 21), as well as before the Supreme Court vacancy was announced (January 26), I will take a minute to expound on my statements about the shadow of abortion over every aspect of reproductive health. Abortion is healthcare, period. For women who face that difficult choice, it should not be stigmatized. Particularly since most women do not use abortion as birth control or causally decide to end a pregnancy (not that it matters). There are women who learn midway through a much-wanted pregnancy that there are abnormalities that prevent the likelihood of a live birth and possibly endanger her own life. How does being branded as selfish support making the best individual choice? Or having that choice criminalized based on the state where you live? 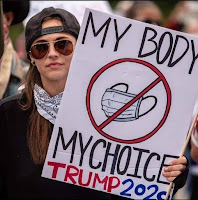 Yet, some of these same people insist that public health mask mandates are an encroachment on their individual liberty.

Again, the focus of Eggs Over Easy is not abortion, but choice. Yet, whenever these discussions boomerang back to abortion, it illustrates to me how this comes down to basic body autonomy and how NO woman is free unless all women are free. Despite what we think, women are not free. If no one ever raises the issue of fertility to a single, unmarried woman until her 40th birthday, then she is not free. If a married women needs the permission of her husband to determine the size of her family, then she is not free. If we are debating whether to educate teenagers about birth control during the most vulnerable phase of their physical development, then our daughters and nieces are not free. If we stigmatize personal choices as selfish, are still adhering to ancient biblical notions of motherhood as a curse, then women are not free.

The ultimate takeaway from Eggs Over Easy...we are not free. Despite what they tell us.

(Now that two months have passed since it aired, nothing has changed. Not with the Supreme Court nomination, the State of the Union Address, March being Women's History Month, or anything else. Women still need to be prepared to fight for our reproductive rights in the doctor's office as well as the ballot box.)

Posted by Ayanna Damali at 6:42 PM