One word got me twisted: performance. When I first heard it, I reacted with incredulity. Her performance, Senator?! You mean, how she sat there and didn't flinch while Sen. Lindsey Graham (R-SC) yelled at her about the Kavanaugh hearings from 2018? Or how she attempted several times in vain to respond to Sen. Ted Cruz's (R-TX) badgering? Or when she said that she couldn't provide a biological definition for what a woman was, anticipating that it might very well become a constitutional question before the Court?

Or were you moved by that single tear she could no longer contain, so it spilled down her face while Sen. Cory Booker (D-NJ) offered her words of comfort?

That one word got me riled up with the kind of righteous anger that immediately knows how futile it is to argue when someone's mind is made up. The kind of profound disappointment one feels when despite having done everything right, something goes awry and all you can do is stand there in disbelief.

I could think of a hundred or more hypothetical examples to illustrate how it must feel in a moment to have your hopes and dreams dashed. Perhaps the most analogous to the present moment is of Hillary Clinton the morning after her election loss to Donald Trump in 2016. All indications were that she would win because the notion of a game show reality star con man President was so unimaginable. So in the days and weeks leading up to the election, while everybody was focused on his Access Hollywood interview and whether he should apologize to his wife (but not the actress he hit on), the Clinton campaign didn't see how they could possibly lose to that fucking guy (TFG). They campaigned in states where Democrats traditionally under-performed. They ordered the fancy confetti, extra balloons, and the expensive champagne for the Election Night celebration.

They told us to wear our pantsuits to the polls and to take our daughters so that they could witness the history of the moment when Hillary Rodham Clinton would finally crack the glass ceiling. And like so many, I did just that. I dressed my Toddlersaurus in a gray outfit that matched my gray pantsuit, and I proudly took this video of myself outside of my parents' polling place.

I haven't thought back on that day in a long time, but it is instructive in this moment. We all got caught up in the prospect of making history. But what happens if the other side has figured out a way to deny us that chance? What are we prepared to do then?

The vote hasn't taken place yet, so maybe it is just my anxiety and frustration talking here, but my spidey senses tell me we would be wise to prepare for battle. Our jubilation is premature until Judge Jackson is sworn in as Associate Justice Ketanji Brown Jackson. Nothing is assured. A third of the Senators currently serving are seniors. A Senator had a stroke in February and came back to work a month later (risking a relapse IMHO). The oldest serving Member of the House of Representatives died on a plane last week! Another variant of COVID is circulating in the United States. The strategy for getting this nomination through is that Madame Vice President would provide a tie vote, assuming that there would actually be a 50-50 split.

Y'all, the lap you are running is not for victory. It is the warm-up, so save your energy.

Nobody pays me for advice, so take what I say with a grain of salt, but I got stuck on the word performance and it nagged at my spirit. As a political junkie, I have heard reporters who have covered Mitch McConnell throughout his career say that he never minces words. He doesn't misspeak. Thus, when he said that his decision to vote against Judge Jackson was based on her record and her performance, I understood that he was communicating something specific to his base. He was signaling them to take notice of her demeanor and to make a value judgment that justifies disqualifying her from this lifetime appointment.

He called her Uppity. A nasty woman with table manners.

Somebody reading this is going to react and say that he didn't use those exact words; somebody else is going to say that I am reaching; and someone else will accuse me of playing that race card game we never win. But he said what he said. And all this week, every person of color who watched this hearing with me saw a lot of signaling and subliminal messaging because our eyes and ears are trained by years of enduring various microaggressions.

NOBODY thought Senate Minority Leader Mitch McConnell (R-KY) was going to vote for Ketanji Brown Jackson to assume a seat on the U.S. Supreme Court. I am more surprised that he waited an hour after the testimony concluded to make that announcement. He probably needed to finish his lunch. I realize that alluding to the amount of time it took for him to release a statement conjures up the ghosts of Southern juries convicting Black defendants or acquitting white mobs and that is fraught with all kinds of historical baggage, but yeah, I am putting it out there. Same energy.

But let's be very clear, his opposition isn't about her race or her gender. It is about ideology, so as he conceded the finer points of her qualifications and fitness for the job, he understood that he needed to provide cover for his Caucus to reject her. So he told his staff to find him a word that could skirt past her race and gender and hit her where she least expected. Because she had behaved. She dressed the part. She didn't roll her neck or cut her eyes or raise her voice. She comported herself exactly as others before her had done. However, by labelling her appearance before the Committee as a performance, McConnell could infer that she was too poised, too restrained, too dispassionate. Rehearsed.

As opposed to Eleanor McCollum, the sweet Grandma Judge Jackson accused of badgering wanton women on the sidewalks in front of abortion clinics in Massachusetts. That nice little old lady who simply handed out her cards and offered to bake cookies and serve tea for these lost girls, if only they would reconsider their choice to kill their unborn fetuses. Mind you, Judge Jackson wasn't even in the hearing room, but the contrast was stark. Aunt Bea's homemade apple pie versus Annalise Keating's store-bought key lime pie. And guess who wins every time? 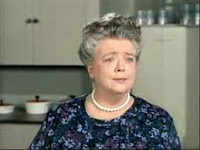 But I said this wasn't about race so as proof, allow me to dredge up the nomination of Janice Rogers Brown and how she was mistreated by the Democrats almost 20 years ago. (Both sides can go tit-for-tat and round-for-round with the partisan shenanigans, by the way.) If you recall, in February Sen. Cruz invoked Judge Brown's failed nomination to the U.S. Court of Appeals as an example of Democratic racism. Sen. Graham picked up where his Colleague left off, but then conceded that Judge Brown's nomination failed due to ideological differences, thus signaling how he might justify not voting for Judge Jackson this time...because all is fair in love and politics. But that doesn't explain why the successful confirmation of Judge Ada E. Brown rarely enters the conversation.

I assume my Spelman Sister performed to Mitch McConnell's satisfaction in 2019 when she became the first of two Black women TFG nominated to the federal bench. Hence my challenge to McConnell and the rest of the GOP is to #SayHerName when the next appeals court vacancy opens up on her circuit.

I'm not taking any bets or holding my breath. McConnell has shrewdly calculated that he still wins even if he loses this round. And he has nothing to lose, since Judge Jackson will merely replace her former boss, so the ideological balance of the Court remains intact. Furthermore, she won't be seated in time to weigh in on the current docket of cases, which includes affirmative action (so her pre-emptive recusal was unnecessary). Most importantly, November is coming, so he has a campaign issue for which he can raise a ton of money and turn out a lot of votes, regardless of the outcome in the Senate. None of his minions are up for re-election this cycle anyway.

If we learned anything from TFG's upset win in 2016, it is that a man with nothing to lose is always willing to risk it all. In order to get Ketanji Brown Jackson confirmed, what are we willing to risk? That is how we need to approach this--EVERYTHING is at stake. Like I've already said, we're still warming up. Getting her nomination out of Committee and onto the floor is just the first leg of this relay. We've got three more laps until 2024. And then the marathon continues.

Instead of focusing on the prospect of making history, we need to fight. The battle isn't just about Ketanji Brown Jackson, but about this system and the arbitrary way powerful men like Mitch McConnell abuse power. Again, this isn't only about race, so trust that when Sen. Tim Scott (R-SC) announces his intention, it will be just as impassioned and emotional as Sen. Cory Booker's effusive praise. Never forget that Merrick Garland was also supremely qualified. 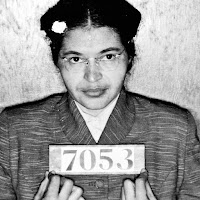 How hard are we willing to fight? For Judge Jackson, for Sen. Raphael Warnock (D-GA) and at least three more seats in the Senate, for Stacey Abrams (D-GA), for redistricting maps that haven't been gerrymandered, for clean drinking water, for the safety of our children in school, for access to affordable healthcare, for better wages, for the right to vote? As Frederick Douglass said, power concedes nothing without a demand! And well-behaved women seldom make history. For Black women, our composure and grace under fire aren't indicators of good behavior--these are acts of defiance and resistance. Understand that as you lace up and stretch for this race.

Are you warmed up yet? Because I'm ready to give Mitch McConnell a performance he will never forget!

Posted by Ayanna Damali at 8:46 AM