The Choice Is Yours

I had to come up with an intriguing opening for this one...therefore, we start with a musical throwback.

In the 90s this was the title of a very popular party jam from the group Black Sheep and whenever it played, the dance floor got hype! Upon hearing that bass riff and the background chant (this or that, this or that) it was like the build-up to some kind of ultimate dance off. Folks would take imaginary sides, and we were 'beefing' over our freshman dorms, our sorority/fraternity affiliations, potential love connections, or hometowns. If we were off-campus or at a post-game after-party, we were repping our schools. To this day, depending on where I am or what is happening when that song comes on, I'm signifying that you can get with this (because I'm the prize) or that (some random mess across the room).

Interesting how I see that song as a metaphor for the ongoing Sussex vs. Cambridge/Wales #RoyalNewsYouCantUse saga, now headed into its fourth season. And yes, that is absolutely because someone is the black sheep...

As I stated in the previous piece on the Queen, I didn't really pay close attention to this summer's Jubilee. I saw the pomp and pageantry online and thought, how nice, everyone is all together. And almost as soon as that thought bubble popped, I saw the tweets on social media and the polarization was un-freaking-believable! I mean, the woman walked into a church on her husband's arm and folks were critiquing everything from whether her outfit was intended to upstage the others to whether the boos that were heard from the crowd were for her or the disgraced soon-to-be ex-Prime Minister.

Then when I got curious as to why I kept seeing dueling #SussexSquad and #TeamCambridge hashtags, that was a regrettable rabbit hole. Between the tweets that accused Prince William of infidelity to the tweets that branded Duchess Meghan as an insatiable attention whore, the question that I kept asking myself was why this had to be so polarizing. Why was there a need to choose sides if there are clear roles that were essentially defined at birth for these two brothers (the heir and the spare)? And why is the alleged rift between them being framed as a royal catfight between their wives? You can get with this (Princess Catherine), the future Queen consort; or you can get with that (Duchess Meghan) the American bitch.

Let's declare at the outset that there is NO NEED to choose. You can like both women or not. You can decide that their lives are so far removed from your reality as not to care. You can prefer one woman over the other because you think she'd be more fun to drink with at a tea party. You can also recognize that there is a lot of money to be made by selling the public on the notion that these women are bitter rivals. And just like we care if Beyoncé is about to drop another album, apparently the Brits care which one of these women was truly favored by the late Queen. 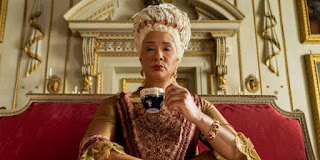 Then of course, there is no reason for me to even write about this if I'm making the argument that taking sides is unnecessary, right? In the alternative, the choice that I would like for everyone to reconsider is not between the Princess and the Duchess. From what I can tell, most of the opinions on Meghan Markle have been influenced by what has been said about her instead of what she actually said or did. And a lot of negative opinions have been shaped from this alleged accusation that she called the Queen of England a racist, which is the exact opposite of what she said. I know this because I watched the Oprah interview and I have paid close attention to the various efforts Markle has made to demonstrate her affection for the late Queen. She named her daughter Lilibet for goodness sakes! Nevertheless, all of this ire towards her points to what all Black women eventually come to understand about navigating this thing called life--if folks can't control you, then they will try to control how others see you.

This: Markle got all kinds of shit in the British press from the instant she and Harry recessed down the aisle of St. George's Chapel as husband and wife. I saw that happen in real time as some bitter lemon curdled commentator remarked that her dress was not as refined and classic as Princess Kate's. I did a double-take and thought hmm, an expensive ass couture wedding gown isn't refined and classy in this shriveled prune's snooty opinion? That: Or was it a swipe at the bride? As the subtle jabs kept coming over the course of the next few months, it became clear to me what was happening.

The tone shifted to nasty when Meghan and Harry attended his cousin's wedding. Stateside, folks weren't all that excited and the press was preoccupied with speculation that there was a baby Sussex on the way (which there was). I even joked at the time that Princess Eugenie must have felt like Monica from Friends, being upstaged on her big day by a baby bump. Little did we know until the Oprah interview just how spot on that observation was--there was something about Meghan, and while we were trying to be polite in not calling it out, we knew.

I won't rehash the bombshells of the Oprah interview because as far as I am concerned EVERYTHING has been proven with receipts. Furthermore, there is no need to debate whether the Royal Family has allowed the tabloids to tar and feather this woman because no one has taken any steps to intervene on her behalf. I mean, maybe it was beneath the Queen to place a simple phone call to Piers Morgan and order him to leave the Duchess alone, but then someone else would have to take the heat. Therefore, would it be better for the discussion to center on this:

Or that: the B-list American actress who had the nerve not to understand that her place in the royal pecking order was not to outshine the others. Who's the Black sheep, here's the Black sheep...

Is it just a coincidence that a certain other black sheep of the Royal Family has been guarded on the subject of the American Duchess? For it was her daughter's wedding that got upstaged. It is her ex-husband who stands accused of being a pedophile. And though she was invited to their wedding in 2018, watching the press take cheap shots at Harry and Meghan somehow allows Sarah Fergusen to slip back into the spotlight so that it could be known that she would inherit the late Queen's corgis.

See how ridiculous and reckless it is to make up shit about people out of thin air and then write it down in a publication as truth? Full stop, I have no idea nor do I care about Fergie, but that is the same type of foolishness I've seen printed about Meghan Markle in the tabloids. In the past several days I have seen all kinds of unhinged musings from demands to know why the Sussex children weren't in London for the funeral to insinuations that Meghan was a bad mother for leaving them unattended for a week. And then the venom was aimed at Markle's mother, because should she be trusted based on the terrible job she did in raising her own daughter?

Mind you, Mama Doria ain't the parent who went on television to give interviews about her daughter. She's not the one who was paid to pose for pictures prior to the wedding, nor has she done anything to take advantage of or profit from her connection to the Royal Family. Just enter her Dad's name in a search engine. Then, if you are still on Al Gore's internet questioning what kind of person prioritizes the privacy and care of her grandbabies over attending the funeral for the Queen of England...

So that we're clear, it isn't racist for you to dislike Meghan Markle. We all know that there are people in the world who can be aggravating for unexplained reasons, like Ray J and Amy Schumer. As has been the theme of this piece, the choice is yours, like her or loathe her. However, if your dislike of her is based on this misperception that she disrespected the Queen and lured Prince Harry to America away from his loving family, ask yourself why that is such a compelling narrative.

Why is it easier to believe that in the Disney villain version of their story, Prince Harry was tricked and charmed by an evil temptress instead of making decisions for himself? This man has been telling us for YEARS that he doesn't trust the press ever since his mother died. This man felt that when his wife's mental health was at risk, his concerns for her sanity were not taken seriously, so he packed up his family and bounced. This man insisted that his grandparents did not pose the insulting question about his unborn child's skin color. And for all of the talk about him not wanting to fulfill his royal obligations, this man who happened to be in Europe when his grandmother died, jumped right back into the royal fray and followed along with all of the protocols. Even after the petty booshay over his military uniform that his Daddy, the King, allowed?

This or that. The narrative of a hen-pecked husband or the picture of strength and duty, even in the face of grief.

And because I feel the need to say this, it is not okay to accuse the newly designated Prince and Princess of Wales of being racist just because they may be on the outs with the Duke and Duchess of Sussex. Look, they won't be the Awesome Foursome, but that was a given once the tabloids pitted the two women against each other like rival heads of sorority houses. We don't know why the couples aren't close and speculating about what went down is what brought us to this place.

Like I said in the intro, that song comes on and we go hard on the dance floor, repping this or that, this or that. Sussex or Wales, Meghan or Kate. Instead of making this a choice between these two brothers, the Red Queen or the White Queen, sunny California or rainy London, let's go hard for the truth. Family dynamics are complicated enough without the flashbulbs and clickbait headlines. What these people really need is a bit of compassion. The choice is yours.

Posted by Ayanna Damali at 9:26 AM