I started to write a very different post the other day, but I only wrote half of a sentence and then life happened, so I had another idea, but I didn't get to write anything on that topic at all, so I am here with a third idea that will attempt to connect all of my earlier thoughts along this theme: Black women are not superhuman. 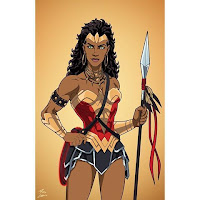 This past Saturday was a classic Busy Black Saturday in the mold of what I used to post on the Facebook page--a recitation of my activities with a hint of look at me, I am able to juggle multiple tasks and attend several events in a single day bombast. My initial idea was to write about the evolution of this blog from that I-can-do-it-all-in-a-day to my current Dear-Lord-are-you-for-real situation. I took pictures. It was going to be a funny take on the Black Girl magic I have lost since having a child, which I have traded for sleep, stillness, and sanity.

My second idea was to write about how I often feel like a failure as a black mother. Since her third birthday, my daughter has gone through phases when she has explosive tantrums. There was the day when she insisted that we needed to go to my parents' house and refused to leave the car. Or the time when she made the same demand, and after dragging her into the house, I forgot to close the car door. Or the time when I left her backpack on top of the car after the same replay, and one of my neighbors knocked on the door. I have pictures from those wonderful explosions of emotions too, but posting them might lead to her hating me in ten years, and then maybe for the rest of our lives.

My third idea: I learned of the tragic death of a childhood friend. I was initially told that she died in a car accident. That was not the case...she was murdered. I do not know enough details, so all I have is my suspicion that her very tragic death might have been the culmination of a horrible situation.

How do these three distinct ideas connect? For me, it is the common misconception that black women are strong, magical, and powerful. Black women can do anything. And too many of us believe that nonsense to our detriment. Black women may save the world but we cannot save ourselves.

And I mean it. I could not sustain the pretentious facade that I could manage everything when it became obvious that was not the case. I am not that black mother who can avert a meltdown with an icy stare at my child. Not every black woman has the power to walk away from a dangerous situation.
We have vulnerabilities. We have blind spots. We have weaknesses. We bleed.

Do you understand that in order to save the world, Jesus had to die? It wasn't enough for Him to be born and to perform miracles and to speak truth to power. HE HAD TO DIE. Is that what we expect from black women?

And I want us to affirm each other in ways that don't stigmatize women who can't quite live up to the I'm every woman hype. That song is a great anthem, empowering and inspiring, but it also represents the paradox that being everything to everybody can have disastrous consequences (because Whitney is dead y'all). And this notion that in order to be regarded as worthy, we have to sacrifice our health and safety is ludicrous. Because if we only offer the world an illusion instead of reality it can be fatal.

So I am indeed a proud Busy Black Woman who is working on 'the look' that is supposed to keep my child in line. And I am mourning the loss of my childhood friend, praying for her family, and hoping for justice. Allow us the same vulnerability and imperfection that everyone else takes for granted. Let us be human.
Posted by Ayanna Damali at 12:43 PM