Shawn Carter is not one of us. Maybe thirty years ago, back when he was still out in these streets, he was a regular person (and I mean that in a semi-good way), but that was before anyone ever heard of Jay Z. Back when he was this dude.

Now that he is this dude: married to Beyonce, Daddy to Blue Ivy and a set of twins, friend of Barack and Michelle, newly designated Black Billionaire who doesn't even bother to record his own music anymore (because why). Jay Z is no longer in our lives like he once was. To be honest, he hasn't been on our level since he and Kanye sawed up a Maybach for a joy ride in a music video. I don't care if it was a prop--who da phuck does that?

So let's break down all of this hand-wringing and public consternation about this NFL deal. Actually, let's focus on the real deal, which has yet to be officially confirmed except as told to TMZ (but they usually get it right). I suggested to the Hub after Jemele Hill and Very Smart Brothas weighed in, that this seems more like an effort to make nice with the owners because Jay probably wants to own a team. Unlike basketball where the owners tend to change regularly, NFL ownership is akin to membership in a private club. They don't let just anybody in, which is why the DESPOTUS is now leader of the free world...

And after you wrap your head around that revelation, team ownership makes a lot more sense than believing Jay wants to lock down a Superbowl Half-Time gig for Solange. Any dude that can rent out the Louvre for a music video isn't really entering into a partnership to provide entertainment that is easily obtained. And the sellout narrative doesn't fit him either since, and I repeat, this is a dude that can rent out the Louvre for his wife's music video. So no, Jay is simply doing what billionaires do, which is the type of shit that the rest of us can't fathom.

This is what Beyonce alludes to in Flawless, why she can work out her anger about his cheating on an entire album, and then go on to have twins with him. She was mad, not crazy. This is why Oprah won't marry Steadman. She did a cost-benefit analysis and determined that she only needs him for special occasions. This is why Robert F. Smith went off script, made an insane promise to a bunch of guys he never met, and has pissed off all those salty white people who have been paying off student loans for all of eternity. This is why Michael Jordan doesn't care that his visage has become the crying man meme because he's laughing on the inside. All of them can say without an ounce of irony what Dave Chappelle has been saying for years.

Billionaires operate on a level where the type of mundane stuff that the rest of us live with on a daily basis is, well mundane. Beyonce isn't clipping coupons for her children's back-to-school supplies. Of course Oprah doesn't know how to pump her own gas. Warren Buffet probably never carries cash, nor has he ever had his credit card declined. Mellody Hobson has a day job because she is just a millionaire married to billionaire George Lucas. If Robert F. Smith and his wife think the young men in the Class of 2019 need custom cuff links to wear with their off-the-rack suits, we won't suggest otherwise.

We expect Black billionaires to demonstrate a higher level of responsibility with their money and influence, which is why folks are seeing this move as a bitch slap to Colin Kaepernick. But don't feel that sorry for him. For all of his self-righteousness, that dude said that he would still play for the NFL if a team expressed interest. This is after he already signed a lucrative contract with Nike for not playing football. This is after he allegedly urged Nike to scrap a certain shoe design that was all ready to go on the shelves (and let's just ruminate on the idea that some dude who isn't selling shoes by playing in them has enough juice to kill another pair of shoes that he wouldn't even be promoting.) Kaep has every reason to be salty, but he's not operating on Jay's level. Billionaires aren't looking for jobs.

Billionaires create more opportunities for themselves to make more money. Oprah is preaching the gospel of cauliflower because she probably owns a farm somewhere. Does anybody actually believe that she eats frozen pizza? Jeff Bezos has convinced people that a trip to the store for basic items is more of a hassle than waiting 24 hours for front door delivery. He knows that we call Whole Foods 'whole paycheck' so while a few items are cheaper since he bought the chain, all of the exotic stuff is still overpriced. The Walton family makes more money per hour off the cheap crap y'all buy at Walmart than you save from shopping there (let that sink in).

Billionaires don't protest injustice the way the rest of us do. That's why Jay can declare that the time for kneeling is over because he doesn't plan on doing that and Beyonce isn't trying to ruin her expensive hosiery. Instead, billionaires use their money to address the world's problems (philanthropy is the fancy name for it), so that's why Bill and Melinda Gates are trying to eradicate certain diseases; why Michael Bloomberg is backing advocacy groups to address gun violence; and how in one grand act, Robert F. Smith has sparked a conversation about massive student debt. Jay might not have knelt or marched in these streets, but as a patron of the arts, he has been backing documentaries that address why folks are kneeling during the Anthem, such as the Kalief Browder story and the Trayvon Martin story. He has used his powers for good, and with the right type of pressure, that can and must continue.

That doesn't absolve Jay from throwing Kaep under the bus; but let's be honest and finally disentangle ourselves from this righteous boycott/protest narrative. The real issue is not Colin Kaepernick, nor is it disrespect of the American flag. In some cases, kneeling has been in direct protest of the authoritarian posture of the DESPOTUS, which is why athletes in different sports like   Megan Rapinoe and fencer Race Imboden, have joined in solidarity. So we kind of get your point Eric Reid, but how much of your outrage is about your boy not playing, instead of about the deaths of Eric Garner, Tamir Rice, Sandra Bland, and Philando Castile where it belongs? 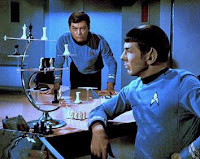 Billionaires play these high stakes, ruthless games of 3-D chess. Or poker. Or craps. So I agree wholeheartedly with Jemele Hill and every other smart person who saw through this shuck and jive move by Jay from the beginning. He is helping the league to save face by giving them a pass. In return, his reward will be a financial stake in a franchise, which is a lot more than the traditional 30 pieces of silver we're used to seeing in exchange for one's soul. But that's because he is already a billionaire, and in his world of 99 Problems, a soul ain't one.
Posted by Ayanna Damali at 1:43 PM