Several years ago, I taught a course called the History of the Civil Rights Movement. It was the first class I was hired to teach, and it was definitely one of the highlights of my brief adjunct professor career. This class always attracted a multiracial and diverse group of students with respect to age, life experience, and ideology. It was also offered face to face, which allowed me to facilitate spirited class discussions. 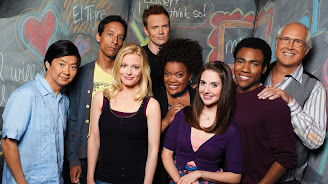 I believe it was my third time teaching this particular course that I had this one student, a white man ("John") whose wife was an educator in the Baltimore County public schools. He was a regular contributor to class, and over the course of the semester, he shared various anecdotes about his wife and her experiences. One of the common themes had been how she had begun teaching in the city, but recently she had chosen to transition to the county system. Because the campus was located about 10 miles outside of Baltimore, many of the other students hailed from either the city or the county as well.

One of the students in class, a Black woman ("Erica") often took issue with John's reflections about inner city Baltimore. She was a single parent, so she took his observations of her beloved city personally. Also, I just think John irritated her, so they got into debates on a regular basis. For example, one typical exchange about the difference between the City and County students and parents centered on his assertion that one set of parents cared more about education than the others. Erica countered that she worked a full-time job and went to school, so there were limitations on her time. Her ultimate goal was to secure a better job with more flexibility to spend more time with her children, so he could just as easily be judging her as he did those other parents.

They went back and forth about it, with him making several qualifications that his critique was not about her but about apathetic parents. How do you know they don't care, Erica asked, and John cited how the kids dressed for school, often in expensive sneakers and designer outfits. Erica: If they come to school with clean clothes, how does that translate into not caring? John: Well, if they cared more about education, wouldn't it be better to spend that money on computers and books instead of clothes? Erica: How does judging how they spend their money on clothes prove that they don't care? John: I think that money could be put to better use. And on it went.

Eventually, I would intervene to move the class along, but it was definitely an interesting exchange (and yes, I enjoyed it). Once after class, a few of the students questioned why I gave them so much class time for debate, and I responded that it was important for people to hear different arguments. I told them that it was always useful to hear how someone frames their disagreements and how important it was to listen. From my point of view, the source of their disagreement was based on perceptions and assumptions that both of them were making about each other. One student, an older Black man ("Steve"), swore I was wrong, and that I was giving a racist an opportunity to air his views.

On the last day of class, John offered some more controversial opinions about Black leadership. Specifically, he asked why more Blacks were not followers of General Colin Powell, whom he felt was a better spokesperson than someone like Sean Combs. At that point, Erica should have spoken up to challenge him; instead she kept taking notes. So Steve, who had begun to in to spar with John in the past couple of classes asked who said Combs was as a Black leader. John explained his perception was based on Combs' involvement in the Vote or Die Campaign and how Combs' status as a hip hop artist influenced how his wife's students thought. Then Steve stunned everyone when he responded, well see that's part of the problem with white folks, you want to pick our leaders for us. We didn't ask for your opinion, nor why you vote for racists like Bush...

Yeah...so I pulled a Chris Tucker and jumped in to diffuse the situation. As this was the last class, I used that moment to stumble through a closing argument about the evolution of the Civil Rights Movement and how different tactics and leaders still sought a similar goal. On the way out, John thanked me for such an engaging class while Erica, Steve and a few other students lingered. I got nervous when they approached me, but they complimented me on my diplomacy. And in wise older Black man fashion, Steve told me that he still thought John was a racist, but in letting him talk, it had made the class more interesting. It had inspired the others to do more studying not just to learn the material for class, but to be better prepared to argue with John.

I thought about that class this week, but my intent in writing about it had been to highlight that exchange from the last day of class about Colin Powell and Sean Combs--that Black people choose our leaders, not white people. And I had planned an entire lecture on the subject beginning with Booker T. Washington to Barack Obama (very similar to what I said in class that night). Then as I was recalling the incident, I had a chance to reflect on the entire experience of that semester and how it illuminates some of what we are witnessing now.

First, I thought about Erica, the hard-working single mother who stood up to John's assumptions. As soon as she realized that John didn't know any more than she did, she challenged him at every turn. What did he know about the students in Baltimore City and their parents? Nothing first-hand, so how was he so sure that the parents were apathetic? Who was he to make pronouncements that were at best, based on superficial criteria that had very little bearing on the issue? She made up her mind that John would not underestimate her.

And then I thought about Steve. Like every Black man who has lived long enough, his opinions had been formed by life experiences that someone like John could never imagine. He had little use for John because he had dealt with folks like him, well-meaning white folks who thought they could relate to Black people, but only on their terms. Steve knew the pitfalls of appeasement and respectability. And as the father-figure in the class, he would stand up for Erica as needed.

Poor John. He meant well...as evidenced by his enrollment in this class, right?

But before I go there, allow let me address my role in this. In hindsight, I probably gave John a lot more space than I should have for fear of being accused of bias. At the time, I thought it was valuable to hear his perspective, and I stand by that. This was a college class, and academic discourse often demands that we consider opinions that diverge. My job was not to protect them, but to expose and engage them, and as a result, many of them became better students. 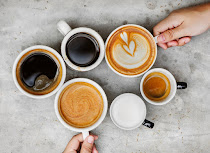 So back to John, who is the reason why I revisited this--I heard something from a commentator on television that made me think back to my experiences with that class. I'm pretty sure his opinions were set, but he was just as engaged as the others. And unlike Steve, I give John credit for showing up and challenging the class to confront divergent points of view. I'd like to believe his eyes were opened to biases he didn't realize he held, and maybe the three of them became friends and continue to debate over coffee a few times a year...

Or, it is more likely that John and his wife continue to live in Baltimore County while Erica and her family live in the City of Baltimore, still miles apart in proximity and ideology. I wonder how the two of them have responded to the political conventions of the past two weeks, and which candidate will get their vote. I wonder if Erica could be swayed by the arguments of a Kim Klacik or if John would be impressed enough by a Kamala Harris. And what about Steve, would he stay home? Would he be motivated to vote for either candidate given the choice between a populist and a moderate?

Back to the point I was supposed to make here, which is the inherent distrust many Black people have for racial emissaries or spokesmodels. As in, we prefer to elevate leaders of our own choosing. We decide, and we can quickly determine when someone is a fraud. So if a person appears to have been selected for his/her clean appearance, articulate cadence, and willingness to parrot the talking points specifically written to communicate someone else's message, we're not falling for it. 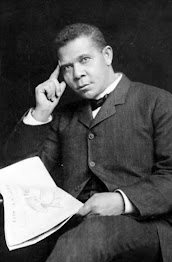 One of the reasons why the great Booker T. Washington has such a complicated legacy for so many of us is rooted in the speech he gave for the Cotton States and International Exposition in 1895. We refer to his remarks as the Atlanta Compromise because he told that audience what they wanted to hear, that Black people would be loyal and willing workers. That we would forgo equal rights even while we were being lynched and terrorized. Even though Black men had been given the right to vote 15 years earlier, it was too premature to encourage that type of civic engagement. The fact that Washington worked behind the scenes to support education and build Black businesses via the political alliances he made with wealthy white philanthropists and industrialists was great, but his words legitimized the separate but equal existence and disparities that we have yet to overcome in parts of this country more than a century later.

So we've heard the rhetoric and the double-speak and like Steve, plenty of us have lived long enough to know better. Our leaders aren't here to appease white fears or ease white guilt. White folks can vote for whomever they want for President or to be the next American Idol, but they don't get to decide who will speak for Black people. They only started quoting Martin Luther King, Jr. after they killed him.

By the way, we love Colin Powell, but we were right to question his judgment. We never said Sean Combs was any kind of civil rights or political leader, which is why nobody with any sense is voting for Kanye West. Many of us would rather follow Colin Kaepernick, LeBron James, and the courageous WNBA players before we'd trust the words of Herschel Walker, Tiger Woods, Mariano Rivera, or any sports legend who values their golf membership more than Black lives.

Posted by Ayanna Damali at 6:45 PM