For anyone who has yet to decide between these two candidates, I won't browbeat around the bush anymore...

That's it. Those are just two of the headlines that symbolize the current Occupant's reign of terror for the last three and a half years. Now, if you can think of other reasons to maintain the status quo that allow you to sleep peacefully at night, then well, you probably should stop reading.

If you are still reading, it might be because you know the deal, unlike a few of the not-so-nice Canadians who visited my Facebook page recently to tell me all about my racism. One person was kind enough to offer his explanation that my racism was in the temerity to try to tell a Black man how to vote. This was after I criticized one particularly well-known rap personality for announcing his decision to support the re-election of the trumpet because of his tax plan. Furthermore, that I would take offense at someone else's choice branded me as a virtue signaler: 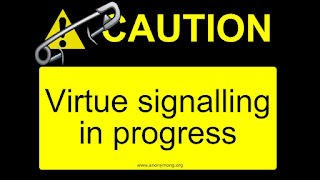 First of all, who knew Spare Change had such a rabid Canadian fan base?

Second, that we are now in this place where 'virtue' has become an insult is just about as 2020 as anything else. Instead of debate, we defend ourselves and our choices by making the other person feel guilty or ashamed. We respond with petulance when confronted with a moral dilemma. Do I buy the single-use plastic water bottle knowing that it will pollute the ocean? Or do I shout YOLO, chuck it in the trash, because fuck Jason Momoa and fake Hollywood liberalism? Or do I say yes, I am drinking water from this plastic bottle because I am thirsty, this is the only container accessible to me at the moment, however thanks I will recycle or reuse this. (And think yeah, still fuck you Jason Momoa, because you probably have a kitchen cabinet full of reusable water bottles like everybody else.)

So to the extent that I get the point that Half-a-Buck can vote for whomever he wants, there is no argument. He can still go to hell or Canada if his preferred candidate loses.

However, I will still make my case that voting for this DESPOTUS, for whatever reasons good or bad, still won't make those numbers disappear. You can argue that neither of those numbers are his fault and that you sleep just fine because you're rich (or you were rich, are now bankrupt, but hope to be rich again someday...or will die trying). Or that you just don't care.

Because your money insulates you from the ravages of coronavirus. You have a nice stately home. You have servants who can run the errands for you. You have no issues with technology that make virtual meetings any kind of challenge. You can hire private tutors for your children. You can work from home because you own the company, or the White House where you temporarily live is also where you allegedly work. And if by chance, the virus still finds its way over your big, beautiful wall or walks right through the front gate because you hosted a super-spreader event, you have health insurance. Or you have access to the best medical interventions that taxpayers can buy. The fact that your wife was sick for three weeks and may still be suffering from lingering effects is of no consequence since you can always get another one.

Your money is also why those children being separated from their parents are not your problem. Your money makes it so that you don't need to make a desperate trek through one country to get to another one to seek asylum or just subsistent economic opportunity. If these people wanted to keep their children safe, they should have saved their money, hired immigration attorneys, and applied for the necessary visas that would have given them proper authorization to be in this country. Furthermore, if the situation they left behind is that dire then these parents should be grateful that their children will have better lives here. They are well cared for in the private detention centers that are masquerading as border orphanages. Perhaps some these children will be adopted into loving homes, maybe by these good folks and a few of their closest friends: 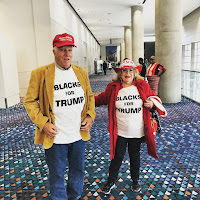 I get it. You don't want me to call you out on your indifference to the suffering of others because their suffering is not your problem. You just want life to return to normal. You just want a haircut and to eat a soggy Subway sandwich without having to wear a mask. You want America to be great again, which for you it was until this pandemic. Except for many others it wasn't...

You want me to believe that the Black and Latinx unemployment figures pre-pandemic prove that the Occupant is better for the economy. You don't want to acknowledge that the reasons for that are overstated--that so many of those employment figures are based on participation in the gig economy, which has all but evaporated or operating on the margins. People who made extra money to pay bills by renting their homes on Airbnb. People who drove Ubers and Lyfts and between shuttling folks from location to location, managed to pull off a few Instacart shopping trips or DoorDash food deliveries. People who worked for tips at restaurants and bars, in retail, at movie theaters, or at other small businesses that may never re-open because they never got approved for their PPP loans. The least of these, people who worked multiple minimum wage jobs? Tough luck. This President said we couldn't afford to raise wages as businesses would suffer, and because corporations are people too, haven't they already suffered enough?

One of those nice Canadians who called me a racist also told me that I don't understand money. That because I am not rich, I am not smart. I've decided not to even address the racism accusation because, eh maybe the definition in Canada is different. Surely there is no similar history of systemic racial marginalization North of the border...however, I do understand money and how those who have it will do almost anything to keep it, and those of us who don't have it will do almost anything to get some. Almost... 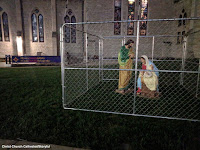 What I take issue with is the false equivalency of intelligence to affluence. Money can buy all kinds of things, including entrance test scores, fake college admissions credentials, diplomas and certificates, padded resumes, deferments from military service, crooked lawyers and professional fixers, the silence of extramarital sex partners, quickie divorces, and an entire propaganda machine disguised as a reputable news organization. But money will never buy back wasted time or lost souls, erase childhood trauma, nor will it ever buy character. And it won't buy a ticket to Heaven, if you believe what Jesus had to say on such matters.

Posted by Ayanna Damali at 4:47 PM