On January 22, I considered it a privilege and an honor to pay tribute to the legendary, incomparable Sam Cooke. Of course, there was a quick tribute posted to the Facebook page, but there is so much more... 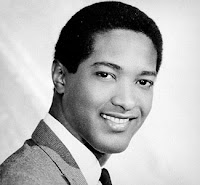 I can't say for sure what song it was, or how many years ago it was exactly, but it doesn't matter because Sam Cooke's voice is unmistakable. He could switch effortlessly back and forth between the sacred and the secular, so whenever I hear his lilting wo-o-o-o-o-ah, I am transported back to some memory.

When I hear Sam Cooke on a Sunday morning, it takes me back to one of those Saturday mornings when we didn't get to watch our cartoons. To anyone who didn't grow up with a Grandma or Auntie who spent most of her time going to church, being in church, or recovering from church...allow me to set the scene while you listen to Nearer My God to Thee (1955), one of the classic songs from the old-time gospel radio: 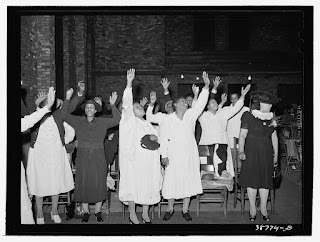 The old mothers of the church are dressed in stiff white uniforms while the old men are dressed in contrasting black suits. I am about eight years old, and that morning I had pancakes and bacon or biscuits and sausage. I am wearing a pair of black patent leather shoes and carrying a little church purse that contains my Gideon New Testament. I am mixed in with a brood of grandchildren ranging in age from 12 to 5, and we are attending some never-ending church basement revival with our Grandma Wheeler. Like our young adult and teenaged cousins who went before us, it is now our turn to participate in the 'Juvenile' auxiliary of the Benevolent Association.

I don't remember if my Mom or if one of my uncles drove us to this random church, or if Grandma marched us up the street to the bus stop. Our 'parts' have been over and done with for hours, and as my mother demanded, I recited mine from memory even though she was conveniently not there to witness it. The woman who organizes these programs, the one who always called me Yolanda, praises me for doing a good job. Now we're all lined up in a pew seated next to Grandma, who is perched on the aisle. It is hot and stuffy and all of the adults are standing, swaying, moaning, and humming along while someone offers a rambling testimony or calls out for a hymn that drags on forever.

My brother and my cousins are asleep, but I am the curious granddaughter who stays awake to absorb everything. Why Grandma has all of us out so late is unclear (it gets dark early in the dead of winter). I am hungry and tired. There had been food, but kids aren't big fans of chicken salad macaroni seasoned with too much paprika and raw onions served with stale crackers. I can't stand those chalky butter mints, so I don't have a stash hidden away in my little church purse like my cousin does. Ten minutes ago Grandma promised that it would be over soon, so I can't ask her how long soon will be again while her friend, the blind lady with the deep raspy voice, is still praying.

Any old song from the Gospel According to Sam Cooke and The Soul Stirrers has that same transportive power: 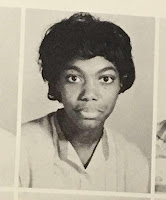 Likewise, that same voice on any day other than a Sunday brings to mind another set of cherished memories--particularly of my Mom singing along to one of his secular hits on the oldies station. I recall laughing at her insistence that she had once been a teenager, hanging out with friends, Having A Party (1962), and Twistin the Night Away (1962)...

In spite of having been exposed to Sam Cooke's music at an early age, it was not until college that I was touched by the beauty of his voice. During the climatic buildup to Malcolm X's assassination in the 1991 film, Spike Lee used A Change is Gonna Come (1964) as the prophetic, haunting omen. It was mesmerizing and after listening to that song dozens of times, and perhaps a hundred more times since, it is absolute perfection. That may be my bias, but listen to his golden voice on a few of his other hits, and let me know if I'm just starstruck:

To this very day, it is impossible for me to listen to Sam Cooke without pausing to catch my breath. The man could sing anything. ANYTHING. The same magical quality in his voice that was the perfect balance of the sacred and the secular, also gave it the power to be both timeless and dated, sanctified and sexy, strong and subtle, and eternally unforgettable. I am convinced that's why it has the power to conjure up such vivid and detailed memories from the past. I can clearly see my Grandma standing with her sisters in white, sharing a testimony of God's goodness. My Mom, rendered mostly mute by her advanced Alzheimer's, flashes a smile of recognition upon hearing his voice...and dances along. What more is there to say except to ask Ain't that good news?

Posted by Ayanna Damali at 8:00 AM