This has been an interesting few weeks. On Sunday, January 26 the news came that Kobe Bryant, one of the greatest basketball players of all time was killed in a helicopter crash along with his daughter and seven others. Since then, there have been all kinds of public discussions about the appropriate amount of grief to express (and by whom), as well as the timing of certain discussions about his very public life. 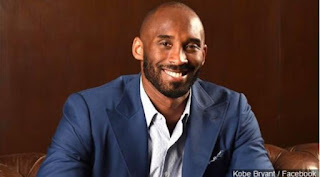 In the immediate aftermath of this tragedy, shock and grief were to be expected, so when some opted to hone in on the rape allegation mere hours later, the clapback was swift. A reporter from The Washington Post was suspended for retweeting an old article, and while her colleagues lobbied for her reinstatement, she was criticized by others for what was perceived as insensitivity. My own immediate reaction (as soon as the sad fact that his daughter Gianna died with him), was to write a piece that paid homage to her as a Daddy's Girl. On the Facebook page, I offered a few thoughts, but thought it best not to address the 2003 allegations at that time. Instead, I re-posted a piece I wrote a couple of years ago in the wake of Sen. John McCain's death wherein I called for a cooling off period to allow for mourning before the airing of grievances.

Then the matter of this Gayle King interview with WNBA veteran Lisa Leslie expedited my timetable. I happened to be scrolling through Twitter midweek when I came across this video King posted (here is part 2). Then I saw a clip from the actual interview on Instagram. I only heard about the first Snoop video, which I won't post... 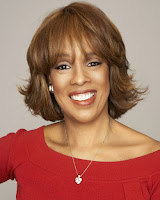 I said my peace, and that would have been the end of it for me until I saw how insane the reactions had become. Before I sat through all nine minutes of this video by Dr. Michael Eric Dyson, there was a video posted by comedian Ricky Smiley (20 minutes long) that added to the poop pile dumped by Snoop, who had issued this non-apology clarification. Awesomely Luuvie weighed in while BFF Oprah got emotional on the TODAY show. The fact that Bill effing Cosby felt the need to align himself with Snoop in decrying the system that, in his words, uses "successful Black women to tarnish the image and legacy of successful Black men" should open everyone's eyes to how absurd this has become. But apparently not, since the ADOS (rebranded as Foundational Black Americans) fauxteps rose up on Twitter and other parts of social media to savage another more successful Black woman they love to hate. Once former Ambassador Susan Rice jumped into the fray to clap back, I found myself in utter amazement that y'all are angrier at a journalist for doing her damn J-O-B than you are at the United States Senate for acquitting the DESPOTUS!

However, before I delve any deeper into all of that booshay, I went back to my archives to see what, if anything, I had written about this case when it was headline news back in 2003. I was not yet blogging, so whatever I might have written is on some ancient external disk somewhere or perhaps handwritten in a long forgotten notebook. I most certainly had an opinion about the incident at the time, because I remember enough about it to have become disillusioned by the entire athletic industrial complex and the mistreatment of women. Instead, I found a piece I wrote about the Duke Lacrosse team sexual assault case back in 2006 (in fact, it was a two-parter). I won't link to any of the numerous pieces I have written on this blog about sexual assault and abuse, but I will admit that it has been a hot button topic for me.

I also have a somewhat more nuanced opinion about the case now. I found this article that addresses the matter as well as the statement he issued before the civil settlement. I have also taken note of the public persona he took on since that time. And without rehashing the scenario, I will link to this article that I read two years ago after Bryant won the Oscar for his animated short film and this article written by the same author two weeks ago when he died. Judge for yourself. It is undisputed that something went down that night, and since that time Kobe Bryant suffered limited consequences for his role. And in spite of the #MeToo societal reckoning that felled plenty of equally powerful and beloved public figures, he won an Academy Award before Spike Lee did.

So it was a FAIR question. Somebody had to ask about this, and if not Gayle King or some other Black journalist, then who? Who thinks a white journalist would have been as respectful? Who believes that one of his male peers would have been more forthright about offering a perspective on the incident than Leslie? And how does asking questions that were deftly deflected, in spite of King's prodding, tarnish Bryant's legacy or show disrespect to his family? How was this exchange any more disrespectful than Bryant's family learning about his death as breaking news on TMZ before there was official confirmation?

And when did y'all get so protective of Vanessa Bryant? Need I remind you that when his indiscretion occurred, Kobe Bryant bought his wife a $4 million baby-I-need-you-back ring, and there were debates about whether she deserved such extravagance. Then when they separated back in 2011, she was branded as a gold digger. I must be mis-remembering the chatter I've read over the years...maybe now that's she a widow and lost her child, she's finally earned some respect?

How did y'all pivot from your doting #girldad posts (a hashtag started by Elle Duncan, a Black woman, btw) to canceling Gayle King, and by extension the Oprah? Some of you were so proud of yourselves on social media, so in the real world, how hard are you willing to press for changes so that your daughters will face a more egalitarian society? How strong are you willing to push back against sexist attacks on Black women by petty dudes like 50 Cent and his ilk? And when the hell did Snoop Dogg become the spokesmodel for fake respectability politics disguised as misogyny?

Too many of you profess to love Black women until you don't.

Furthermore, if folks really gave a hot damn about how women were treated...but let's stick to sports. Then WNBA legitimacy would not be dependent on the support of high profile NBA players like Bryant and LeBron James. Their league would be better respected and there never would be a question whether Bryant's basketball legacy could have been carried forth by his daughter instead of a son.

But here is the catch--I'm going to extend some grace so that you can become better men, like you believe Kobe did. I won't dwell on his past conduct, but not because it serves no purpose. I disagree with Lisa Leslie and everyone else who prefers the more convenient version of his life story, where his denial and now his death close the book on that chapter forever. Most of our heroes are/were flawed humans, and death does not change the truth. If he changed after that 2003 incident, then acknowledging that past is his legacy. If that was the catalyst for the greatness you mourn, then include that in his story too. Adoration without reflection is idol worship, and idols are false gods.
Posted by Ayanna Damali at 12:08 PM